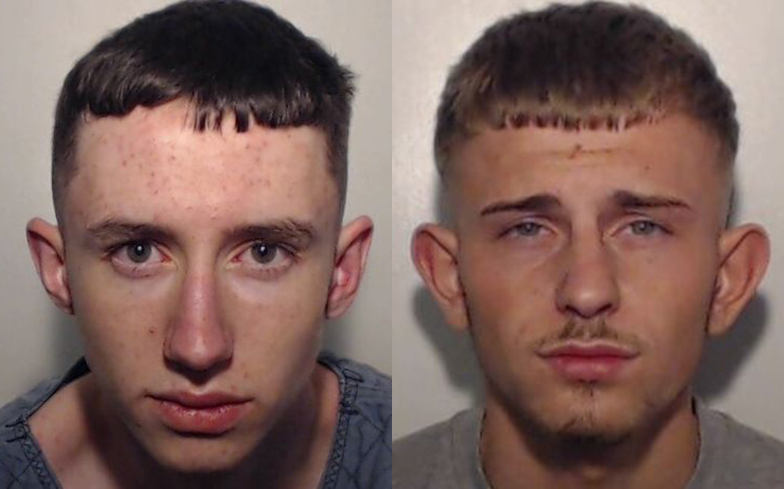 Two teenagers have been jailed following a homophobic attack.

David Bailey, 18, and Ashley Roberts, 19, targeted the couple when they realised they were holding hands as they walked towards Piccadilly station in Manchester, according to the Manchester Evening News.

During the attack, which happened during the early hours of 3 August last year, the victims were told they would “burn in hell” while one of the attackers said “it’s disgusting”.

Both victims were attacked, with punches and kicks being thrown. They received minor injuries.

One man’s glasses and mobile phone were damaged.

Police were called and the two teens, both from Stoke-on-Trent, were arrested.

Both Bailey and Roberts pleaded guilty to two counts of attempted robbery, and were sentenced by Manchester Crown Court to 32 months each in a young offender’s institution.

“They were perfectly entitled to walk as they were, hand in hand,” Judge Suzanne Goddard QC told the pair. “Your behaviour was wholly unacceptable that night.”

Defending Bailey, Paul Bryning said the defendant “didn’t start” the incident but accepted his involvement in it. He said Bailey was “young and immature” and that alcohol was involved.

“He is appalled at what he has done,” Bryning said. “He is clearly somebody who doesn’t think when in drink.”

Defending Roberts, Harriet Tighe said he is remorseful for his actions and has abstained from alcohol since the incident.