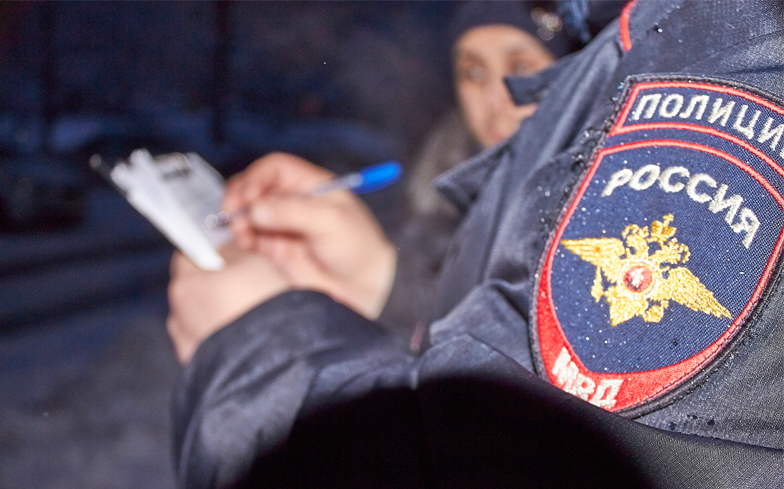 Theatergoers were stunned by a group of teens when they held a mock execution of a gay person live on stage.

Performers at the Dobrynin Palace of Culture in Yaroslavl were celebrating the 20th anniversary of a local pub named Paratroopers.

During their show, the Russian military club, who were all dressed in uniform, lifted another cadet who had a fake block of cement on his stomach.

The block had writing on it which called for the death of gay people and featured homophobic slurs.

Using a sledgehammer, one of the cast began striking the block to mimic an execution.

Taras Sidorin, head of the Yaroslavl branch of the veterans’ group Defender, said: “I was not at the performance itself, but I saw these photos on social networks.

“We view these attacks as a call to murder. There were small children in the hall. This behavior is simply unacceptable.”

Igor Derbin, the director at the Dobrynin Palace of Culture, said the act was not approved in advance and that the students deliberately hid it to avoid it being prohibited.

“We are outraged,” Derbin said after the performance. “Initially, the event was planned to be pleasant and joyful. Their trick was unexpected for us. It wasn’t preplanned or agreed upon because they knew we wouldn’t allow it.”

In an interview after the performance, the club’s leader seemed unbothered by the controversy caused.

“What’s the problem? They don’t like [gay folks]” Andrei Palachev said before using a homophobic slur. “And neither do I. The family should be traditional: a boy and a girl.”

Russia has reeled back LGBTQ+ rights in recent years, including laws that ban marriage equality and transgender adoptions.

The new laws have proven popular with the public, something which has been fuelled by a now-deleted infamous television commercial of a gay couple adopting a young boy from an orphanage.

In the advert, a man is seen meeting his new adopted son when the boy asks where his new mother is.

He is then instructed to look at a car, where a second man emerges wearing makeup and feminine clothing.