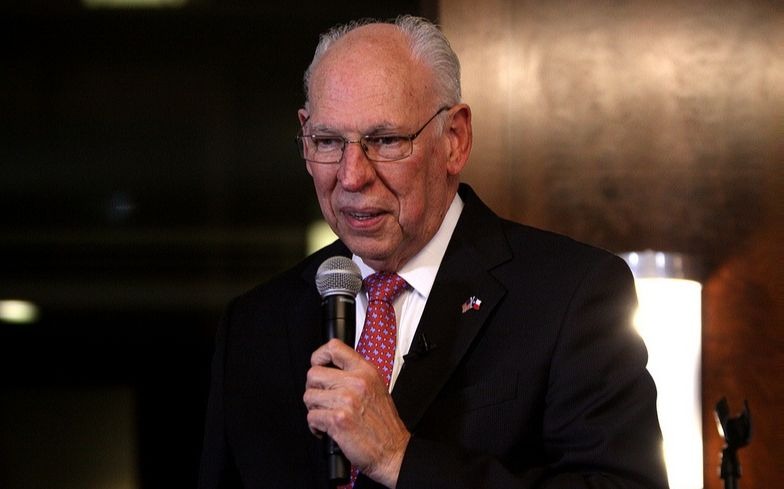 Rafael Cruz, the father of Republican senator Ted Cruz has gone on a homophobic rant in support of a Republican candidate seeking to challenge Democrat Tom Kaine.

In a clip picked by by Right Wing Watch, Cruz says: “Let me tell you another two words that are not in Article 1, Section 8: The word ‘marriage’ or the word ‘family.’”

He then continues with an adage we’re all used to by now, when he compared same-sex marriage to bestiality. “That decision of the Supreme Court on June 26 of 2015, where they said that God got it wrong and marriage was not just between one man and a woman, it could be between two men and a horse,” he said.

“But basically, that decision was much more than same-sex marriage, it was, at the heart of it, the destruction, or the attempt to destroy, the traditional family.”

The candidate that Cruz was supporting, E. W. Jackson, is also no stranger to homophobia. In the past, Jackson has said that homosexuality is a “horrible sin” and that it “destroys families.” He has also said that the minds of gay people are “perverted.”

“I do think that the rabid, radical, activist, homosexual movement is really trying to change our culture and re-define marriage and do a number of things that I just think are not good at all.”

And Cruz’s son, Ted, isn’t much better. When he was a presidential candidate, Cruz stated that he wanted the decision to legalise same-sex marriage in America to be overturned, he then went on to say that same-sex marriage one of the “greatest threats to democracy.”

And during a rally, Cruz shared a platform with the anti-LGBTQ activist, Bryan Fischer, who has attempted to blame the Holocaust on homosexuals.