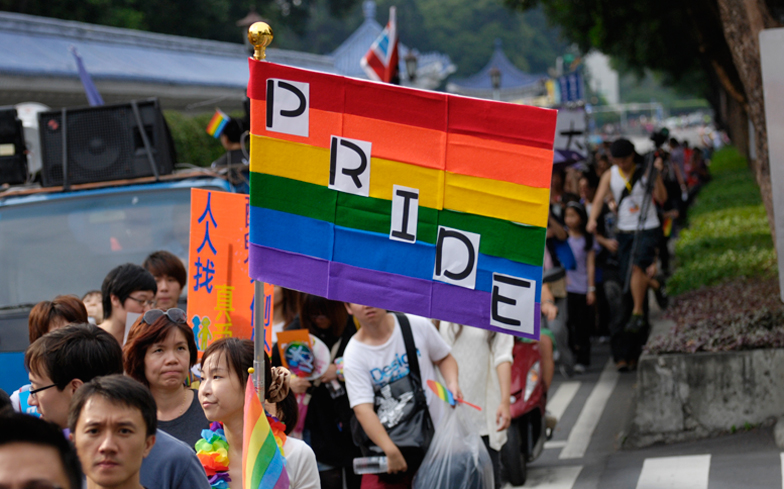 In 2017 a High Court in Taiwan ruled that it was unconstitutional to restrict marriage to mixed-sex couples, and told the government to legalise same-sex marriage.

Activists in the country blame U.S. evangelists who came over to spur on anti-LGBTQ causes. Speaking to the Human Rights Campaign, Jennifer Lu, an LGBTQ activist from Taiwan, said: “The National Organization for Marriage instigated the three anti-LGBTQ measures on the ballot in November. Brian Brown has been here, working to galvanize anti-equality groups.

“Their materials are often carbon copies of the same messaging and scare tactics debunked and defeated in the U.S., Ireland, Australia, and elsewhere.”

However, despite voters rejecting same-sex marriage, before the result the government had stated that the public’s decision would have no effect on the court’s ruling, meaning that same-sex marriages should still be heading to the country in 2019.

And now the Human Rights Watch is urging the Taiwanese government to follow through on their pledge. Writing in an open letter, they said: “We urge the Taiwanese authorities not to implement the outcomes of the referendums as this would violate human rights law, bolster discrimination on the basis of sexual orientation, and undermine comprehensive and inclusive education on gender and sexuality.

“We would like to recall that despite the referendum results, the Taiwanese government still is under court order to enact legislation for recognizing same-sex unions no later than 24 May 2019, which is the time limit set by the Constitutional Court’s interpretation of 24 May 2017.

“Now the period for this legislation has less than six months remaining. We urge your Government to table the related legislation proposal as soon as possible.”