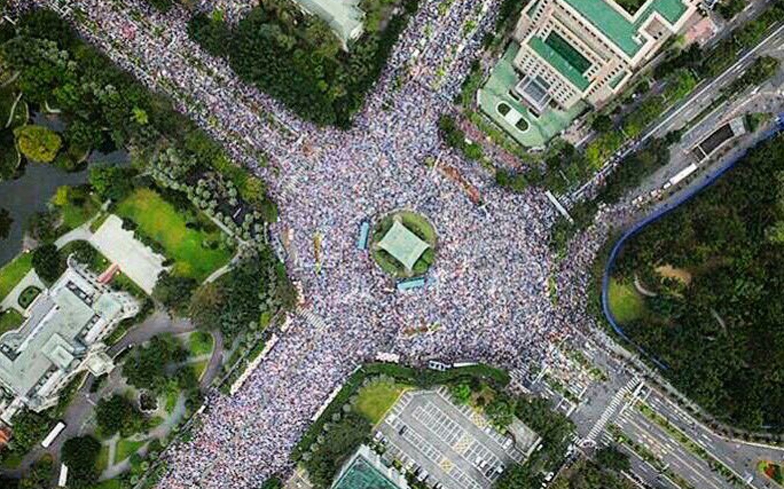 The decision delivered by the referendum goes against a court ruling from last year.

Things seemed to be on the up for Taiwan’s LGBTQ community last year after judges ruled that Article 972 of the Civil Code, which defined marriage as solely between a man and a woman, was unconstitutional.

A 2015 poll conducted by the Taiwanese Ministry of Justice also found that 71% of people support marriage equality.

However, in a public referendum on whether to introduce same-sex marriage to Taiwan, among other pro-LGBTQ pieces of legislation, voters rejected them.

Voters were asked to vote on five separate questions, and they voted to keep marriage between a man and a woman, to not teach gender equality in schools, to not give same-sex couples living together legal protections, to not introduce same-sex marriage and to not teach LGBTQ issues in schools. However, despite voters rejecting same-sex marriage, before the result the government had stated that the public’s decision would have no effect on the court’s ruling, meaning that same-sex marriages should still be heading to the country in 2019.

Amnesty International were disappointed with the result, and their acting director in Taiwan, Annie Huang said: “This result is a bitter blow and a step backwards for human rights in Taiwan. However, despite this setback, we remain confident that love and equality will ultimately prevail.

“The result must not be used as an excuse to further undermine the rights of LGBTI people. The Taiwanese government needs to step up and take all necessary measures to deliver equality and dignity for all, regardless of who people love.”

Activists in the country blame U.S. evangelists who came over to spur on anti-LGBTQ causes. Speaking to the Human Rights Campaign, Jennifer Lu, an LGBTQ activist from Taiwan, said: “The National Organization for Marriage instigated the three anti-LGBTQ measures on the ballot in November. Brian Brown has been here, working to galvanize anti-equality groups.

“Their materials are often carbon copies of the same messaging and scare tactics debunked and defeated in the U.S., Ireland, Australia, and elsewhere. They’re trying to use fear to divide society, but their fear-mongering won’t work because Taiwanese society is rooted in mutual respect.”