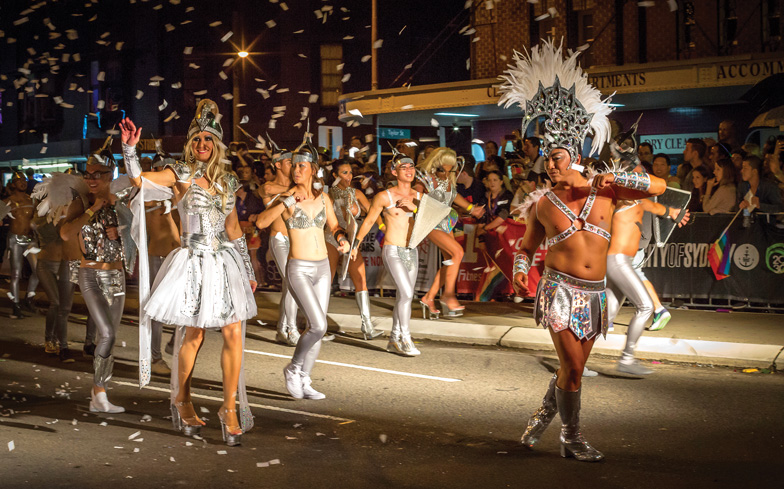 WorldPride is heading down under.

After an incredible turnout at this year’s WorldPride in New York City, which even featured a performance from Queen of Pop Madonna, it’s been announced that Sydney, Australia has won its bid to host the LGBTQ celebrations in 2023.

The decision was announced during InterPride’s annual general meeting in Athens, with 60% voting for Sydney, 36% voting for Montreal, Canada and 3% voting for Houston, Texas.

Sydney becomes the first city in the southern hemisphere to host a WorldPride event, and the momentous occasion will coincide with the 45th anniversary of the city’s already-fabulous Gay and Lesbian Mardi Gras celebrations.

According to Minister for Tourism, Stuart Ayres, the event is estimated to attract over one million visitors to Sydney and inject $664 million into the economy.

“Sydney is a truly cosmopolitan city with an amazing harbour, delicious food and beverage, world-class transport and a proud history of celebrating diversity,” he said.

Sydney Gay and Lesbian Mardi Gras co-chair, Giovanni Campolo-Arcidiaco, celebrated the decision and promised the city will use WorldPride as an opportunity to highlight the difficulties faced by LGBTQ people in the Asia-Pacific region.

“Bringing WorldPride Down Under means we can celebrate and shine a spotlight on the unique challenges faced by the LGBTQI community in the region,” he said.

In 2021, WorldPride will take place in two cities in two countries for the first time in history, as Copenhagen in Denmark and Malmo in Sweden will host the celebrations.