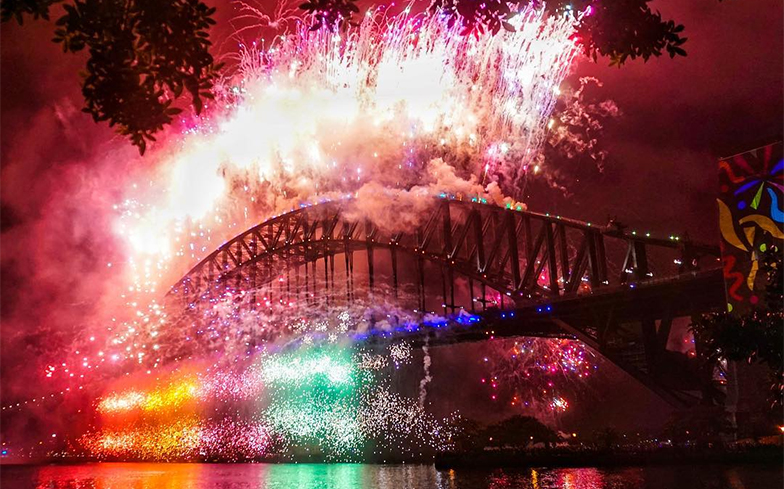 Now that’s how you ring in the new year with Pride.

As major cities around the world put on grand fireworks displays to celebrate the arrival of 2018, Sydney took the chance to celebrate the LGBTQ community by turning Sydney Harbour Bridge all the colours of the rainbow.

What better way to send off this historic year in Australia than with rainbow fireworks cascading from Sydney Harbour Bridge? 🌈 What's more, 2018 marks the 40th anniversary of @sydneymardigras so even more reason to celebrate 🎉 #SydNYE #marriageequality pic.twitter.com/2zgjFntkSC

The beautiful celebration, which also included a rainbow waterfall cascading from the bridge, came after Australia voted in favour of legalising same-sex marriage.

Check out clips of the fireworks display below.

Same-sex couples across Australia are now able to marry after a historic bill was passed in the House of Representatives in early December, with an overwhelming majority of MPs voting in favour of changing the Marriage Act.

Australia became the 25th country in the world to recognise same-sex marriage.

The first same-sex weddings under the new law are expected to be held early this year, while couples who have already tied the knot overseas will automatically have their marriages recognised in Australia.