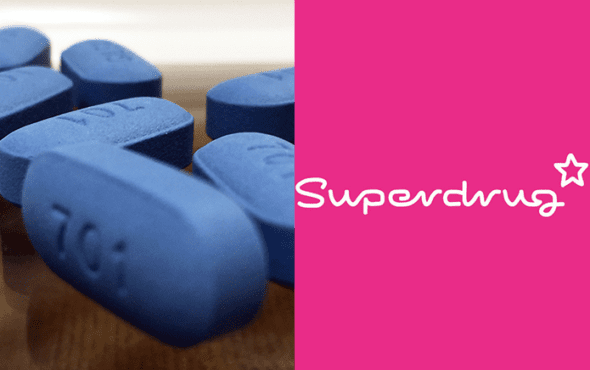 Health and beauty chain Superdrug will be the first in the UK to offer a new “fully remote” service to access PrEP.

According to Chemist and Druggist, in order to be eligible for the drug, you must be over 18, and not already living with HIV.

A “full PrEP test kit” and tests for HIV and kidney function will also be available to purchase at the retail giant.

Access to these services will be through Superdrug’s Online Doctor for those unable to travel to their nearest health clinics.

Pre-exposure prophylaxis, or PrEP for short, is an anti-retroviral drug taken by people who are HIV-negative. If used consistently, the drug can help to dramatically reduce the risk of acquiring the virus.

Before the massive roll-out was announced PrEP was first available in England through Impact trials.

Medical director at Terrence Higgins Trust, Dr. Michael Brady opened up about Superdrug’s involvement in the PrEP rollout, stating: “The majority of people currently taking PrEP in the UK are gay and bisexual men – but PrEP works for everyone at risk of HIV.

“We hope that the initiatives like this will result in more people learning about the benefits of PrEP, especially women, BAME communities and trans people.”

The fight against HIV and AIDS saw a monumental win last month after the Department of Health and Social Care announced an £11.2 million grant for local authorities in England to provide PrEP to communities for free.

Back in 2019, the UK government also announced its plans to end new HIV transmissions in the UK by 2030.

Related: 7 facts everyone should know to combat the stigma that still surrounds HIV.