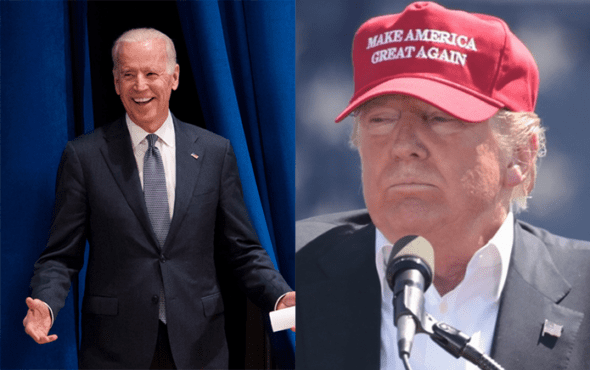 Not a surprise at all…

In a post-election study taken by the GRQ and Human Rights Campaign, research has found that the 45th president’s anti-LGBTQ+ views, handling of racial injustices and treatment of immigrants led to his one-term presidency.

“This election truly was a referendum on Trump and Trump’s record on equality issues leads the list of problems voters has with this President,” the study says.

The study also showcased that Equality Voters, a group of voters modeled to support LGBTQ+ issues, and LGBTQ+ voters, “delivered massive margins to pro-equality candidates up and down the ballot.”

As we all know Trump has been known to never hold back in terms of expressing his bigoted and often false allegations when it comes to race and LGBTQ+ equality.

Between appointing homophobic politicians to positions of power, calling the Black Lives Matter movement a “symbol of hate” and supporting transphobic policies, no conservative stone has been unturned.

45 percent of voters against Trump stated that his “racism and attacks on people of color, immigrants, and LGBTQ+” was the biggest reason to oppose him this election.

His policies concerning the U.S. healthcare system and views on COVID-19 also turned off voters.

37 percent of anti-Trump voters thought he “failed to protect the country from coronavirus”.

The study states that “The COVID crisis exposed many weaknesses in our health care system and Trump made things worse by eliminating regulations protecting LGBTQ+ people from discrimination by hospitals, doctors, and insurance companies. Voters favor reinstating these protections 67 to 22 percent (48 to 34 percent among Trump voters).

With Donald Trump soon to be ousted from the White House, the Joe Biden and Kamala Harris administration have a ton of work to do in the form of policies, protection, and morale.

Joe Biden is already looking to reverse some of Trump’s anti-LGBTQ+ laws.

The president-elect plans to reverse the 45th president’s ban on transgender individuals serving in the military. He has also promised to integrate the LGBTQ+ community further into the fabric of the American government.

By countering Trump’s imposed ban, Biden aims to support transgender and non-binary people in the workforce to ensure a clampdown on discrimination.