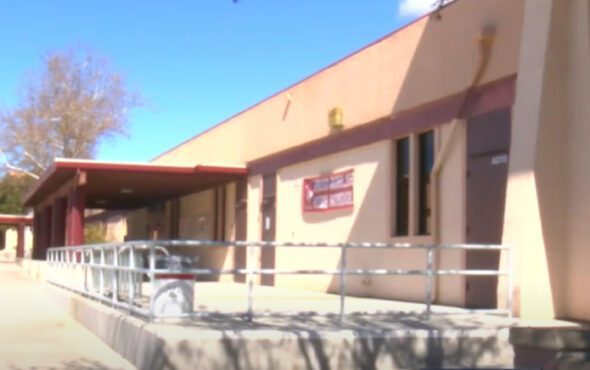 Students are planning a community forum in protest of their school’s handling of someone defecating on a Pride flag.

In September, two students allegedly walked into a classroom at Paso Robles High School in California and tore a 3-by-5-foot Pride flag down from one of the walls.

A video showing a Pride flag in a toilet appeared on TikTok not long after, with one person being seen defecating on it.

“It was definitely an act of hate directed at the LGBTQ+ community,” Geoffrey Land, social sciences teacher at Paso High, told the San Luis Obispo Tribune. “And a lot of students felt it, you know, felt that attack very acutely.”

According to district administrators at the school, those responsible were punished for their behaviour – though it took roughly two weeks for teachers to be made aware of what happened.

A letter sent to staff by District Superintendent Curt Dubost on 1 October emphasised the importance of giving students “protection against bullying and harassment.”

It reads: “The Paso Robles Joint Unified School District (‘District’) has received multiple concerns about certain flag displays in teacher classrooms, including those that are large and distracting and those that alter the American flag.

“I want to start by reiterating my statement from last year that rainbow flags mean different things to different people but to many are a symbol of safety, inclusion and equity.

“All students deserve protection against bullying and harassment. A safe, caring learning environment is essential if students are to achieve their academic potential. We have a duty as a school district to ensure that hate speech and bullying conduct does not create an unsafe campus environment.

“Students in protected classes are often among the most vulnerable and susceptible to bullying and discrimination.”

Speaking to the San Luis Obispo Tribune, Dubost states: “We don’t want to turn it into a politicised issue where a student enters a classroom and looks up, ‘Oh, there’s a rainbow flag here, or there’s a blue lives matter flag here — that determines what the partisanship is of my teacher.’

“We think that that’s a real slippery slope. And so we continue to believe that this is a very reasonable compromise solution that allows rainbows, but within reason.”

In response to the school’s handling of the incident, Eve Barajas, the school’s Equity Club president, and her fellow students announced a Coming Out Against Hate community forum on the evening of 20 October outside the performing arts center.

“It’s obviously just banning the Pride flag altogether unless you want those little mini ones,” Barajas explains. “It’s a way of subtly just getting rid of it.”

According to a release about the event, the forum will allow students to “share their experiences and visions for a more welcoming, inclusive educational environment.”

Some also used letter-sized paper to make and hang signs up around the school, with affirming and inclusive LGBTQ+ statements on them.

Ava Hughes, Genevieve Grimes, Danny Peres, Eve Barajas, and Ella Mitchell – who are all students at the school – also published a letter in the San Luis Obispo Tribune about what happened.

It states: “The attack on the flag was an attack on our security as students, and deserved a firm condemnation.

“As the standard flag size is 3’ x 5’, the school purposefully banned the very flag that was desecrated.

“What message does this send to students? The flag ban means the school has allowed the haters to win, while LGBTQ+ students feel punished for wanting to be seen and supported.”