Tristan Marris, an ambassador for LGBTQ+ charity Just Like Us, discusses the impact of Strictly’s first ever male same-sex pairing. 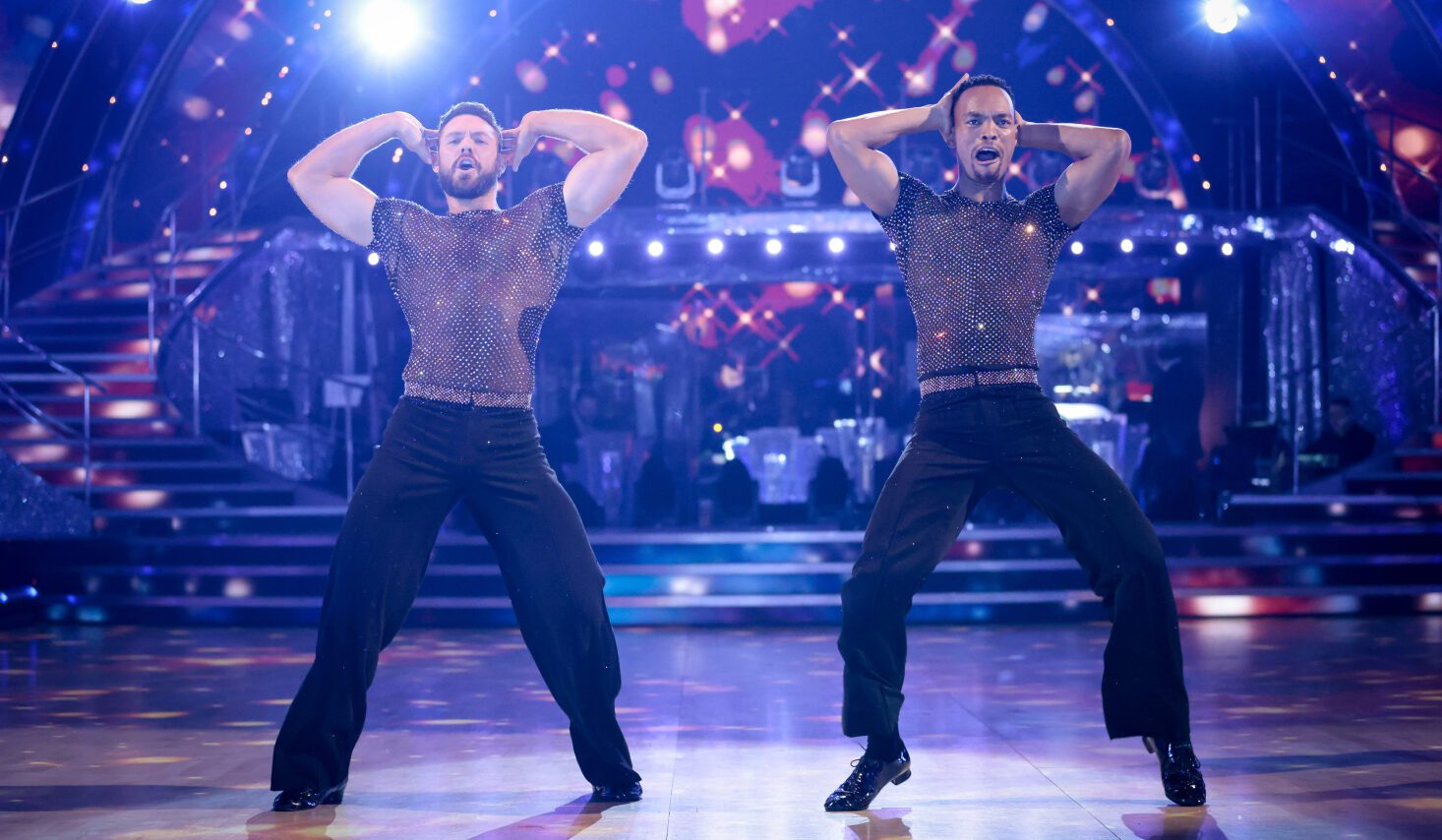 I’ll admit it. I love Strictly. (I know, as a gay man? Groundbreaking.)

I love the hair, I love the makeup, I love the costumes, and of course I love the dance. Most of all, though, I love how these combine to transport you from the mundane, from the everyday, into a different world, one of endless possibility: for anything is possible with the right amount of spray tan, glitter, and with the right shoes.

Each Saturday night from September to December, BBC One’s viewers are taken into this other world, whether they like it or not. And as each couple dances, we get a 90-second glimpse into different scenes in this world. A Viennese waltz might follow a rumba; an American smooth might come after a charleston. We, as viewers, are merely visitors, never able to stay longer than we’re allowed.

In 2021, the standard on the show has been exceptionally high. This has only added to the sense of being transported somewhere ethereal. And though I’ve disagreed with some of the judging – something I am, of course, completely unqualified to do – I think it’s safe to say that Strictly has really hit its stride this year after it wobbled a little in 2020 because of the pandemic.

But, for me, there’s more than that. This year’s cast of celebrities is undeniably talented, but they’re also a diverse group of people. Rose and Giovanni’s Couple’s Choice to Symphony by Clean Bandit was stunningly beautiful, while Rhys and Nancy’s Argentine tango to In The Air Tonight by Phil Collins was as fierce as it was passionate.

However, there is one couple I want to talk about in particular – chef and baker John Whaite and his professional partner Johannes Radebe. As Strictly’s first same-gender male couple, their presence on the show this series has meant so much to me.

I’ll admit that before the series started, I was a bit sceptical. What difference did two men dancing together make, anyway? There have been plenty of LGBTQ+ professional and celebrity dancers on Strictly over the years. I didn’t quite understand why everyone was getting so caught up in it. I thought there were more important things to be worrying about.

Then the day arrived. Saturday night, 25 September. The Strictly theme played, the lights went up, and we were back in glitter-land. Couple by couple danced, giving it their best effort despite never having danced before that week. Eventually we got to John and Johannes – and as soon as they started to dance, the penny dropped.

I got why people were so caught up in it. Seeing two men dance together on a mainstream family entertainment show just blew me away in a way that I can’t explain. I’m not ashamed to admit that I cried in week one, week two, and week three – and at other times too. 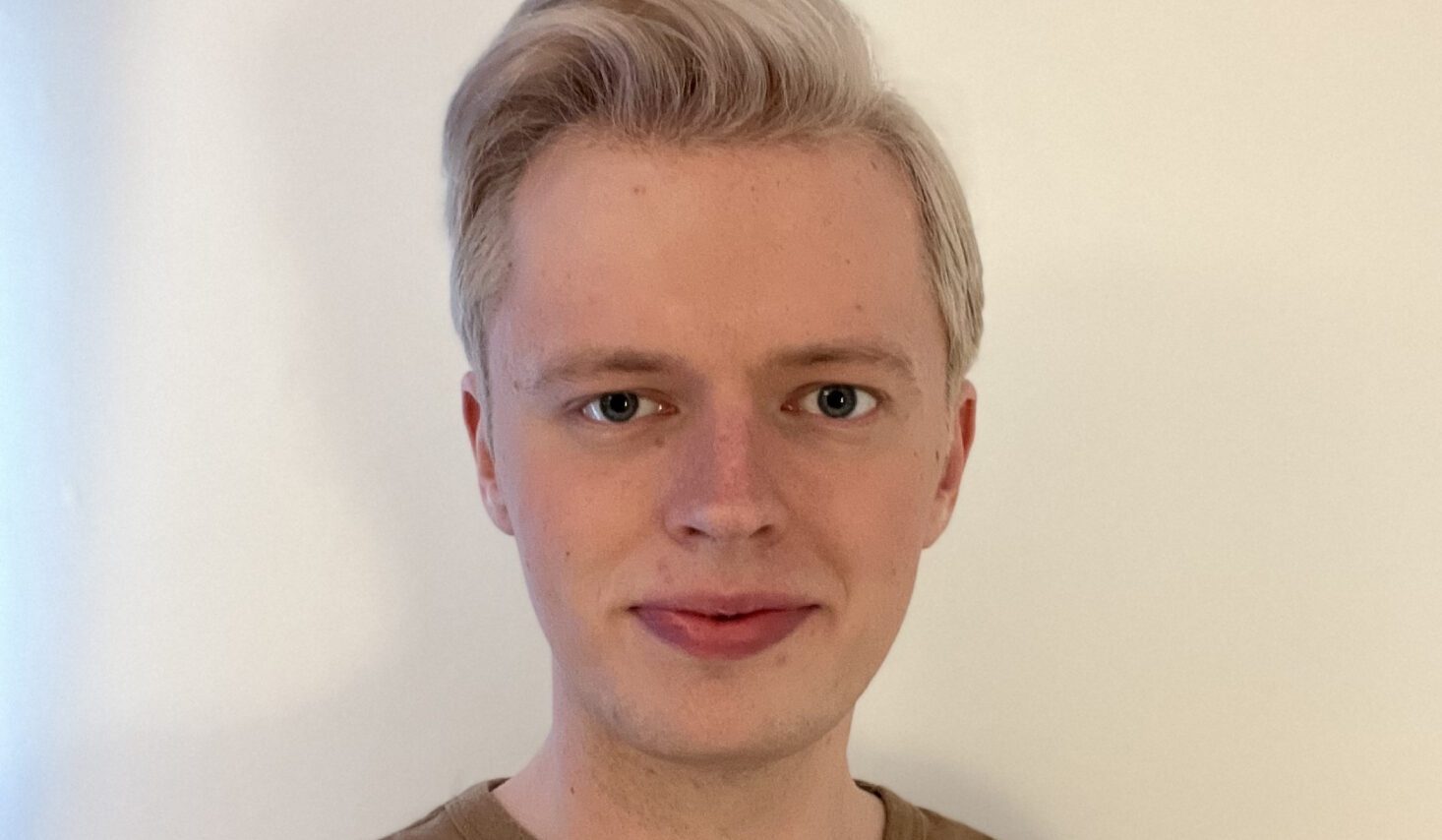 You see, I grew up on a diet of Strictly. It debuted in 2004, when I was eight years old. As a family, we’d watch it religiously every Saturday night while we ate dinner or just afterwards. And I loved it. I loved all the same things about it then that I do now, though I might not have been able to express it at the time.

And of course there were LGBTQ+ professional dancers and celebrities, but they were always paired in a ‘straight’ pair. This didn’t mean much to me at the time. After all, I was eight and had no inkling about sexuality at all, let alone that I would later realise I was gay.

In some ways, this is pretty symptomatic of my growing up. I didn’t really know what being LGBTQ+ was, and I certainly didn’t have any LGBTQ+ role models around me. My family didn’t have any openly LGBTQ+ friends or relatives. Being LGBTQ+ was only ever gossip at school (‘Have you heard? Mr X/Ms Y has a boyfriend/girlfriend!’) – and it was never something spoken openly or positively about.

And so it took me until I was 16 to actually realise that I was gay. It took me another four years to finally come out publicly and tell everyone. I feel that only now, aged 25, am I ‘catching up’ on what non-LGBTQ+ people get to take for granted as teenagers – explore themselves and work out who they are. Teenage Tristan didn’t get to do that – he was too busy cowering in the closet, afraid of himself and what others might think of him.

One couple on Strictly isn’t going to change everything, of course. But if eight-year-old me had seen John and Johannes dancing week in, week out, on the screen of the hefty CRT telly we had growing up, it would’ve made that bit of difference to younger me, glued to the screen, dreaming of how he could get to this other world. To see two people just like me dancing together, and for it to be celebrated, would have helped younger me work out my feelings much sooner, rather than having to piece it together from very little.

So thank you, John and Jojo. Thank you for being trailblazers. Thank you for showing unbridled LGBTQ+ joy in your samba, vulnerability in your rumba, and passion in your Argentine tango, all in a primetime slot on BBC One. Thank you for being your authentic selves. And, most of all, thank you on behalf of eight-year-old me, and the other LGBTQ+ young people out there who don’t know it yet, but who will grow up to be just like you and me.

Tristan is a volunteer for Just Like Us, the LGBT+ young people’s charity.

This Mental Health Awareness Week, Just Like Us ambassador Lili Hartlep wants the genderfluid community to know they are not alone. 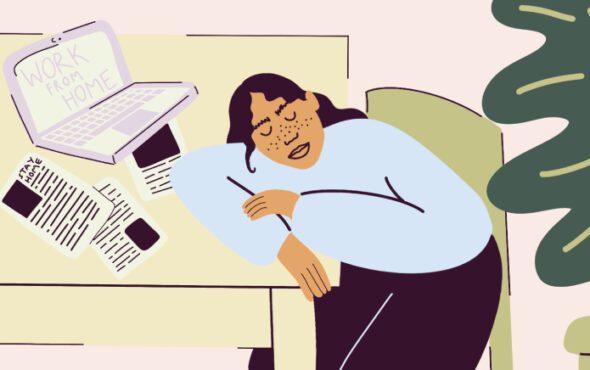 The pandemic was extra tough on LGBTQ+ people, so be kind to yourself 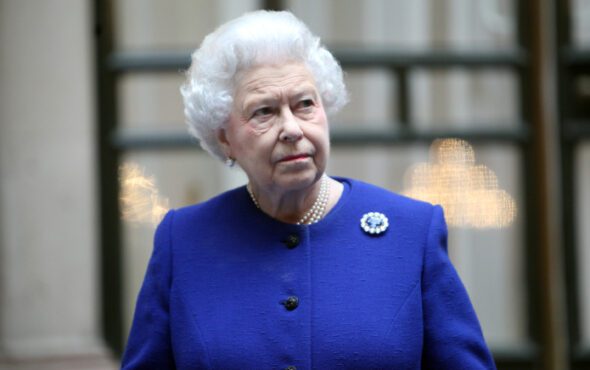