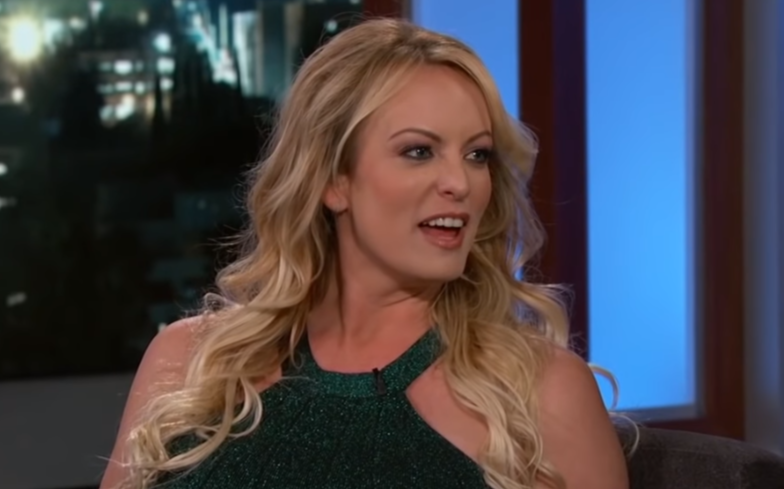 She admitted her sexuality during a conversation on Twitter.

Daniels released her memoirs last year, detailing her affair with Donald Trump, something that he denies happened.

Twitter user Wayne Brunan wrote on the platform that they would pay “good money” to see Daniels “beat the shit out of ” conservative pundit Tomi Lahren, someone who Drag Race star Tatianna dragged after she lashed out at Taylor Swift for her political views.

Tatianna was subsequently banned from Twitter for a small period of time for her tweet aimed at Lahren, that said: “But wait you dumb fucking bitch… wasn’t Donald a fucking reality star? Aren’t you out here to become a fucking celeb? Trash ass bitch.”

Responding to Wayne, Daniels wrote: “I’d enjoy using my fists on her…take that how you will. *wink wink* Besides she won’t be able to spew her nonsense with her mouth full.”

A user then questioned Daniels’s sexuality, asking: “So now your [sic] lesbian? Besides she’d never. You’re out of her league girl.” Daniels responded, saying: “Nope…I like to fuck men and women. It’s called bisexual.”

Nope…I like to fuck men and women. It's called bisexual.

And Stormy isn’t taking prisoners when it comes to people hitting out at her because of her sexuality. When a Twitter user hit back, saying: “Hard to believe any women would want to lick your privates. Disgusting,” Daniel responded with “And yet…here I am getting more pussy than I know what to do with. #winning”

And yet…here I am getting more pussy than I know what to do with. #winning https://t.co/y99GiXFED3