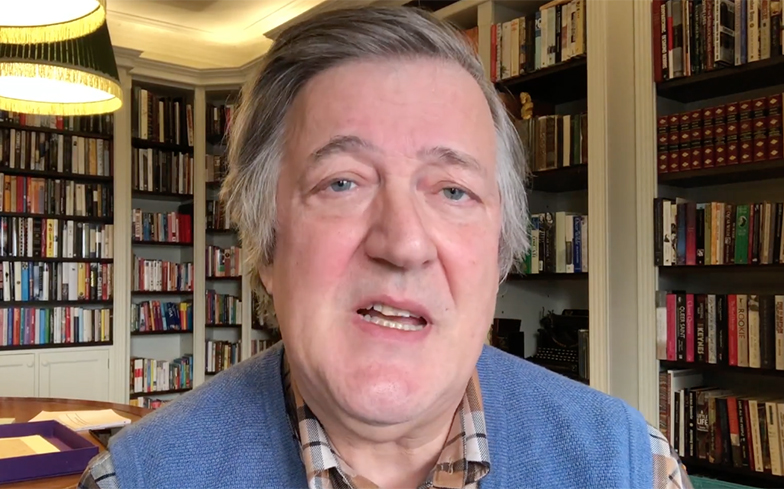 Actor and comedian Stephen Fry has candidly spoken about his previous suicide attempts on the Art of Change: Nothing Concrete podcast with journalist Chris Gunness. Fry has long been a mental health advocate and open about his battles with his bi-polar disorder.

Speaking about how he felt at the time of the attempts, he said: “Nothing has flavour or savour. Nothing has any meaning. Everything is just hopeless.

“There’s no future. There’s no sense of anything ahead of you. And you have to hope something will stop you. In my case it was just failed attempts and waking up in a hospital.”

However, speaking about the hope that came as he recovered, he said: “In your recovery, in the fact you realise people are kind enough to forgive you, because you feel such a fool and you feel you’ve done it to them – all the guilt and shame that comes from an attempt on one’s life that’s gone wrong – and it’s in the recovery, it’s when you suddenly find that flavour, and life has colour again.”

He added: “I’ve got so much support around me and I’ve been able to give myself time to help myself physically, which I think is a huge help.”

He also spoke about how the “healing quality” of music helps him, saying: “One of the ways I cope with it is to bathe myself in music like Beethoven’s and to think of people who have gone before me who have been lit by the flame of mania and danced by the icy water of depression.”

Stephen has long been open about his battles with mental health, and in 2016 said he once tried to kill himself after interviewing a homophobic Ugandan politician.

Speaking about how he felt after the interview with the “foaming, frothing homophobe of the worst kind” he said: “I paced around trying to analyse what it was that disappeared from me and it seemed that the whole essence of me had disappeared.

“Everything that was me wasn’t there.”

If you are in the UK and are having suicidal thoughts, suffering from anxiety or depression, or just want to talk, call the Samaritans on 116 123 or visit their website