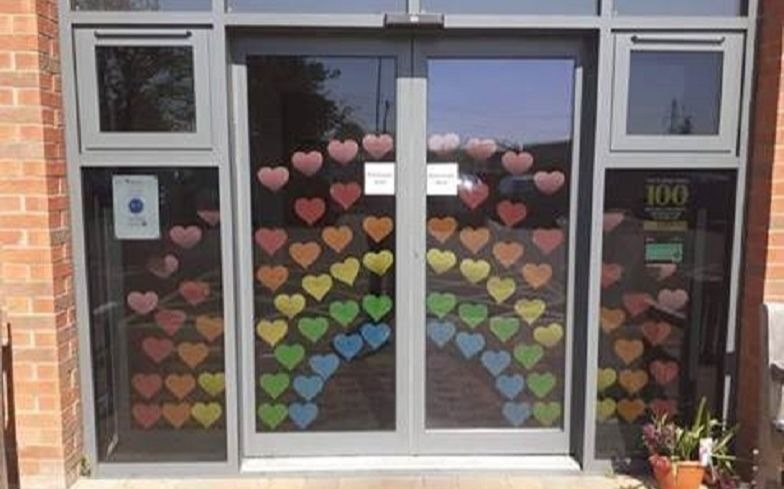 The Pride Day will come complete with a staff member who performs as a drag queen.

The Nelson Lodge care home, run by the Anchor Hanover Group in St Neots, a town in Cambridgeshire, will host a Pride Day next Saturday (27 June) to celebrate LGBTQ+ diversity and its staff members, ten of whom identify as LGBTQ+.

Next Saturday, the care home will be decked out with rainbow flags, glitter and banners, and a packed schedule of activities will be organised, including an LGBTQ+ themed quiz and special performances from staff.

One of the care workers involved in the Pride Day is 26-year-old Jack Oliver, who started at the Nelson Lodge care home four months ago. Jack left a successful career in make-up to start at the home, after being persuaded to do after looking after their sick grandfather.

Jack has struggled with their gender identity from a young age, but found solace in developing a character with makeup and costumes, which enabled them to express their feelings and inner self.

As a drag queen, Jack has performed in clubs, on TV and at Birmingham Pride, and his drag artistry is embraced by the care home’s residents. “My queer lifestyle isn’t something that residents are afraid of,” Jack explained.

“They want to see more photos, learn about what I did and where I come from. The residents think it’s incredible and tell me I look beautiful and stunning.

“I’m someone who stands out quite a lot, with bright green hair, piercings and tattoos, but I’ve never experienced any negative reactions from residents. If anything, they’re just very curious and want to learn about me and my life.”

Jack added: “In my job I get to meet people from all walks of life. I love the residents, and we’re all part of a team – it’s like an extended family. Nelson Lodge is such an inclusive home, and it’s so welcoming for all people coming in as new workers, and maybe those who haven’t opened up yet.”

The Nelson Lodge care home is part of the Anchor Hanover Group, who are committed to diversity and inclusion, ensuring that the needs of LGBTQ+ people living and working in their care homes and retirement communities are understood and met.

As well as delivering inclusive services for LGBTQ+ residents, Anchor Hanover’s Rainbow Network provides a safe space for staff to express themselves and share their concerns.

Sean added: “No one should have to hide their sexual orientation. It is a great relief for residents who are LGBTQ+ to know that they can be themselves and be proud in their home.”