Spencer Brown comes out as gay: “I will no longer live in fear” 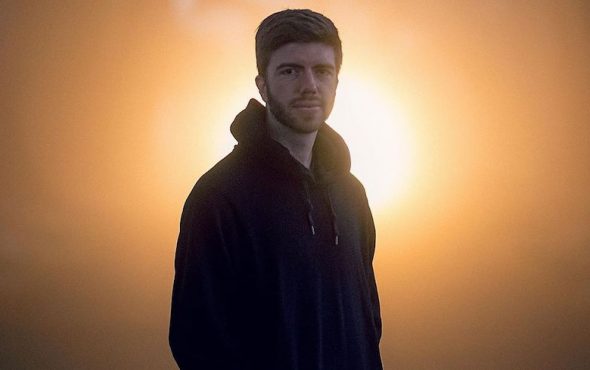 Spencer Brown has come out as gay.

The 26-year-old dance music producer, engineer, mixer and DJ – who toured the United States with the late Avicii in 2014 – has publicly spoken about his sexuality for the first time in a coming out essay for Billboard.

“I am gay. It’s so much easier to say today than it was even a few years ago,” he wrote. “While I have never publicly denied this part of me, I have also never spoken out about it. I will no longer live in fear.”

The San Francisco-based artist said he lived in a “heteronormative community” in Dallas, where gay people were considered “mystical creatures” and anti-gay slurs were constantly thrown around.

Knowing he was different from the rest of his macho-acting friends, Brown found comfort in the dance scene and would sneak into concerts to be part “of a beautiful community where all races, genders, sexualities and religions came together.”

“It didn’t matter who you were, and it still doesn’t. As long as you bring good energy, you are welcome,” he explained. “It was where I belonged, and it’s still where I belong. I focused most of my free time on my passion: producing.”

“But after a while, I could no longer escape what was inside me. My inner self-hatred was growing, the anxiety attacks were getting more severe and the depression waves would smack me cataclysmically.”

Whilst grappling with his sexuality, Brown also had to come to terms with his OCD diagnosis. Because he didn’t have anyone in the LGBTQ+ community to turn to, this combination meant “every day was a struggle”.

“When I was 20-years-old, my depression hit rock-bottom during a summer in Los Angeles. I vividly remember barely being able to get out of bed only to cry while looking at myself in the mirror. It crossed my mind for the first time,” he continued.

“Am I gay? It can’t be. No way. My family will be devastated. I’ll lose my friends. I won’t have a future. I can’t have kids. What is the point of living? That lowest, teary-eyed moment in the mirror was my turning point.”

A year after coming out to himself, Brown confided in his loved ones, who welcomed his authentic self with open arms. “Each person I told, the support system strengthened. My gratitude deepened. The self-hate began to fade. The support cascaded.”

In the years since, he has “found a reason to love life” and discovered himself musically. Brown acknowledged that his path to acceptance has been easier than others in the community due to his white male privilege.

“I cannot fathom the double-discrimination that the Black LBGTQ+ community faces,” he added.

“Pride Month has taken a decidedly different direction this year; we have all watched these horrific images of violence and inspiring images of united protest. Being an advocate for full equality, regardless of race, gender, sexuality or religion, I give all my heart to anybody struggling with racial inequality on top of a gender or sexuality struggle.”

Brown wants his essay to resonate with those “struggling with gender or sexual identity” to know that it does get better, and to make sure you “learn to love yourself and surround yourself with those who love you for the person you are.”

“Toxicity and self-hate do not belong in your life. If you’re looking for brothers and sisters, the dance music community welcomes you with open arms. It saved me during my darkest times, as I know it can do the same for you,” he said.

“I’ve transformed from a self-hating, anxiety-ridden boy to a self-loving, grateful man. I’m learning to transform my OCD into something more productive—like perfecting my mixdowns and sound design.

“I’m discovering ways to pass on the support I found in the dance music community, and I’m finding so much to be thankful for. I learned to accept myself, and then I learned to love myself, and now I am blessed to be living my dream.”

You can read Spencer Brown’s full coming out essay for Billboard here.