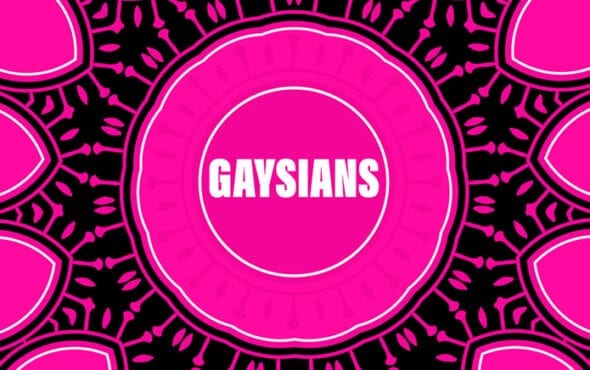 Gaysians has put together a fundraising campaign to continue to support the LGBTQ+ South Asian community and take their organisation to the next level.

Having launched a new website, Gaysians is networking with 24 organisations spanning the UK. This revolutionary platform was the creation of our very own GAY TIMES Contributing Editor, Reeta Loi.

Reeta is an award-winning activist, writer, music artist, and one of Forbes 100 Women Founders. After struggling to be embraced by her own family due to her sexuality, the activist decided to create a community of her own.

This trailblazing South Asian LGBTQ+ platform has promoted a point of visibility for a community that is often overlooked and underfunded.

In fact, according to the 2011 UK Census, LGBTQ+ South Asians amount to just under 500,00 people. Among this demographic, the overwhelming majority have difficulties accessing support or a network for them to reach out to.

Now, in 2020, this population has grown to a staggering 600,000. It’s important we ensure all members of the LGBTQ+ community have equal access and opportunity to feel validated, supported and seen.

In order to achieve this goal, Gaysians hope to raise £54,900 from their crowdfunding efforts. The organisation will use the money to launch a survey to gain a detailed understanding of the LGBTQ+ South Asian community, and what needs to be done to help aid the community through resources and outreach networks.

While ensuring a tight knit community is incredibly important for the platform, they also hope to use the campaign money to support individuals through gifting workshops to educate as well as gain them access to tools and services specifically catered to their needs.

A chunk of the money will also be used to allow Gaysians to be registered as a CIC to allow donations to be paid straight back into serving their community.

The Gaysians crowdfunding campaign launched on Thursday, 1 October 2020 and you can donate on their GoFundMe here or at this link: https://gf.me/u/y3akiu