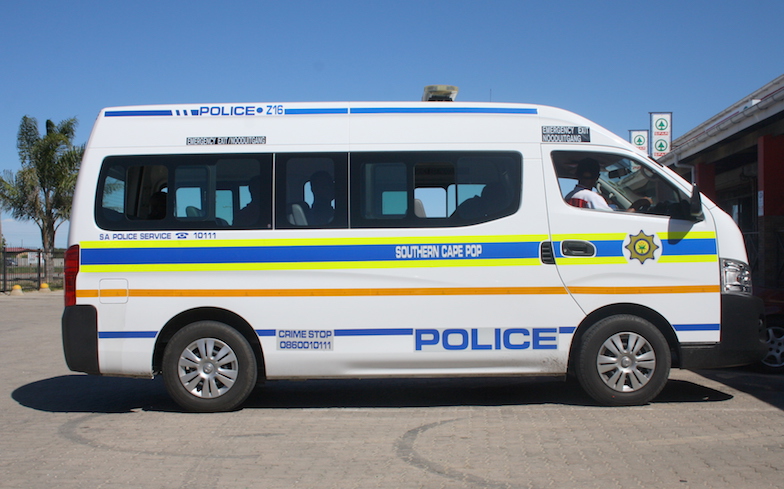 “It is a shame what you are doing. Men are not supposed to do this.”

The video – which has gone viral on social media – was filmed by the officers as they came across the couple, who were engaged in a sexual act in a car at Camps Drift.

In the clip, the couple desperately try to reclothe themselves as the officers hurl homophobic comments at them, and one of them can be heard saying, “who told you to put clothes back on?”

An officer questions: “Who’s the man between the two of you? Who’s the man, who’s the woman?”

The couple’s apologies are met with another vile comment: “It is a shame what you are doing. Men are not supposed to do this.”

One officer suggests arresting them both, but instead says “voetsek” – which translates to “get lost” – and get dressed. The footage then ends. “They are not coping at all. The one man is a teacher and he is now being mocked by his own pupils and colleagues,” he said. “The other man’s family have disowned him. The did not know he was gay.”

Mogapi also said the video has “ruined and destroyed” the men’s lives, and if the men really were officers, then the issue will be take to the minister of police.

He added: “There are many poor LGBT (lesbian, gay, bisexual, and transgender) people who are treated like this by police everyday and it is not reported.”

Pietermaritzburg Gay and Lesbian Network’s Anthony Waldshausen commented on the “despicable” and “upsetting” video: “We want to take it further and we are trying to get hold of the couple so we can help them make statements should they want to open a case”.

The couple received counselling last Friday, but are still unsure if they want to pursue legal action, in fear of further humiliation and victimisation.