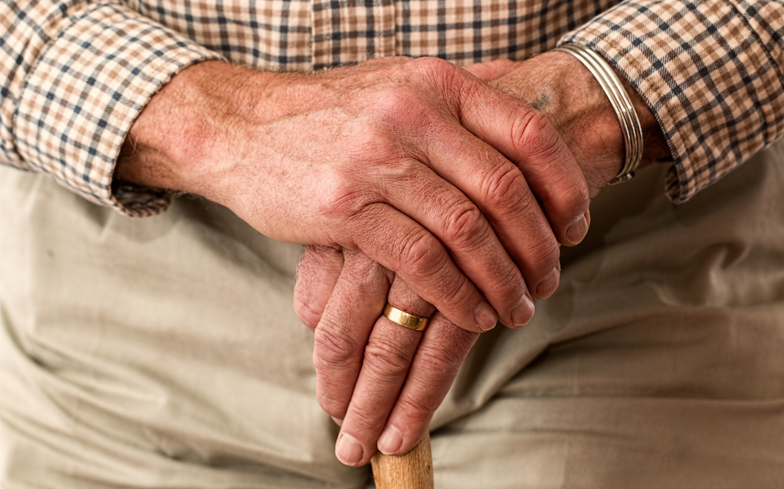 “Older LGBT-ers have been through more challenging times when it comes to equality and acceptance, it’s particularly important that we are openly welcomed in social spaces. All spaces should be inclusive to all!”

This October LGBT Foundation’s Pride in Ageing programme has launched an exciting campaign called Come OUT With Us, which seeks to raise awareness about the higher rates of social exclusion and isolation faced by older LGBTQ people.

In my last column, I wrote about the coming out experiences of two people, one in their late twenties and the other in their late fifties. Coming out can be challenging, but my friend Nicholas, who came out in his forties, had been married with two children, a journey he had no regrets about and which had helped make him the person he is today.

LGBT Foundation’s Pride in Ageing initiative is aimed at LGBTQ people aged 50 years and over. They have put together an advisory panel, encompassing a broad variety of experiences, including over seventies, trans and BME people.

This is not surprising, as LGBTQ people are still less likely to have children and less likely to be in touch with family, especially if they came out several decades ago in a less accepting social climate. They may also have moved to a different area, away from their family, where they felt they would be accepted. Claire’s comments above allude to the vast majority of venues on the LGBTQ scene, such as bars and clubs, aimed at a younger audience. All these factors make older LGBTQ people more vulnerable to social isolation, and Come OUT With Us is a campaign to raise awareness of this and create new spaces for people to come together.

Older LGBTQ people can also encounter discrimination within services; for example, when going into care. Caregivers may lack appropriate knowledge or understanding, which means that LGBTQ people are effectively forced back into the closet. This lack of visibility then makes it harder for older LGBTQ people to mix with peers from the community, a stark contrast to the thriving gay scenes in which younger people can socialise.

Importantly, the Come OUT With Us campaign recognises that being LGBTQ doesn’t finish at the age of 50. Currently centred around Greater Manchester, it provides a template for how older LGBTQ people can be empowered and connect with others.

LGBT Foundation is creating a tailored events programme. An open mic night will provide older LGBTQ people with a chance to hear their own stories, through either poetry, music or comedy. Those performing have to be 50 or over, but anyone can come along. Many older LGBTQ people are still working and there is a focus on maintaining existing hobbies, alongside new learning; for example, IT skills or skills in recording oral histories to capture the lives and experiences of their peers.

This is particularly valuable, as older LGBTQ people have witnessed dramatic legislative and cultural shifts in terms of LGBTQ rights and the way we are perceived. This will be a useful resource for historians, including those examining the impact of the HIV/AIDS crisis.

Their campaign also recognises the range of independent groups which meet in the region, for example, Friends of Dorothy and Out in the City who organise trips to theatre, cinema and places of historical interest.

It is the older generation of LGBTQ people who have forged an environment in which most LGBTQ people in the UK can expect to be treated with tolerance and respect. We need to acknowledge their achievements and ensure that we do not forget about their varied needs.