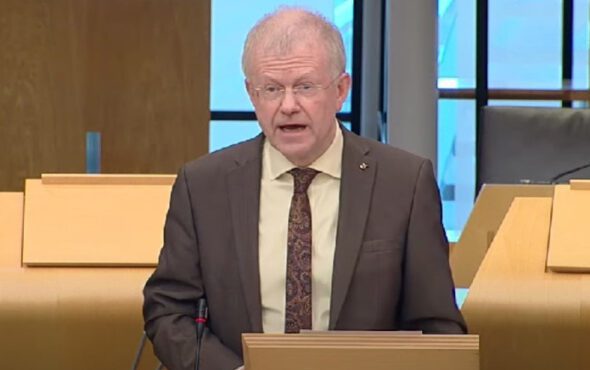 A Scottish National Party (SNP) politician has been condemned for comparing so-called ‘conversion therapy’ to resisting temptations “to eat too much chocolate”.

John Mason, the Member of the Scottish Parliament (MSP) for Glasgow Shettleston, made the comments on 15 March when arguing against a ban of the practice in the Scottish parliament.

Mason stated that issues with sexual orientation from conservative and religious groups stem from a lack of “self-control and choosing not to put your thoughts or desires into action”.

“I might have a natural desire to eat the attractive food I see,” the 64-year-old explained.

“Many of us are tempted to eat too much chocolate or drink too much alcohol, so that is where self-control comes in; we sometimes need to say ‘no’ to ourselves.”

Many opponents to a ban of ‘conversion therapy’ argue that it restricts freedoms of religious communities when it comes to things like prayer, which is one of the most common forms of the practice.

The MSP added that he would only support a ban being implemented if it was guaranteed “not to interfere with freedom of belief or freedom of religion”.

His comments have been widely condemned, particularly by those in the LGBTQ+ community.

Ross Greer, Greens MSP for the West of Scotland, criticised the suggested “conflict between LGBTQ people and people of faith” as many religious people support banning ‘conversion therapy’.

Similarly, Blair Anderson, an activist who frequently campaigns against the practice, said: “Disgusting and insulting to hear John Mason MSP compare the experiences of conversion therapy – widely seen to be a form of torture – to being in contravention of a dress code at a bowling club or eating too much chocolate.”