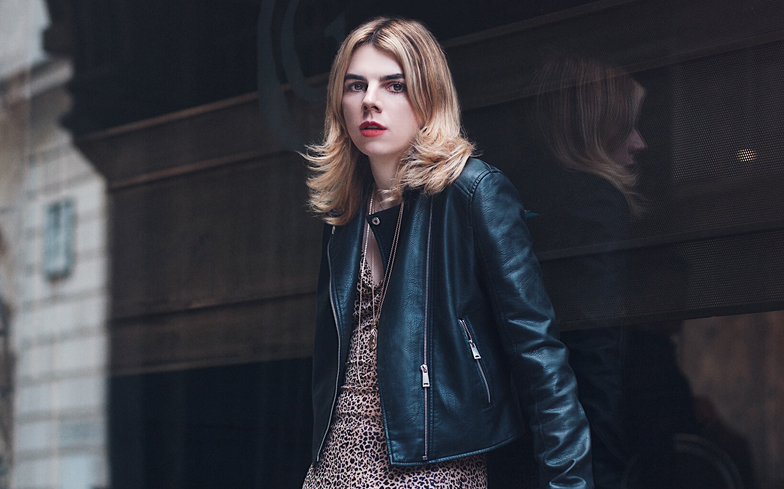 Despite controversy surrounding her involvement as host for the Amnesty event, Shon Faye has silenced her critics, and paid tribute to trans people around the world who have lost their lives.

Opening her speech, Faye made reference to the abuse that she had suffered for agreeing to host the event – there was even a transphobic change.org petition calling on her removal which garnered over 2,000 signatures.

“Over the past week I have read some of the vilest abuse I have ever seen about myself – and it has some competition,” she opened. “Most of it centres around the belief [that] I am an imposter or have no right to be here at a festival celebrating women because I am trans.”

“I believe it fits into a wider culture of transphobia which is targeting my community in the UK media and online right now – a culture in which two in five people have experienced a hate crime in the past year, in which 45% of trans young people have been physically attacked by a colleague or customer while at work.”

Faye then paid tribute to Naomi Hersi, a trans woman who was murdered in London earlier this year. She said: “For those of you who don’t know, Naomi Hersi was a fun loving 31 year old trans woman of Somali heritage was was stabbed to death in London in March of this year.

“For several days, the British media did not report on her death and when they did they frequently used the wrong name, misgendered her or otherwise belittled the way she had lived and died – as a woman.”

Faye then paid tribute to other victims, saying: “I think of the trans women of colour in my hometown of Bristol, so badly brutalised by Avon and Somerset Police in the hours after attempting to take her own life in 2015, the force ultimately had to pay out damages.

“I think of women like Turkish activist Hande Kader – who like me was a well known and controversial trans activist in her county: but unlike me, she was a sex worker.

“Hande was tortured, raped and set alight – there has been no justice for her murder.”

Finishing up her speech, Faye made reference to the petition which called for her removal. She said how the spotlight should have been on sex workers, disabled and working class transgender people.

“Instead of answering my critics I pay tribute to those women – because as long as trans women in the UK and around the world are being beaten, being sectioned, being brutalised, being raped, being killed or surviving, thriving, living, laughing, loving and dying as women are, then it is right and just that we are able to access the support and solidarity of feminist and women’s community.”