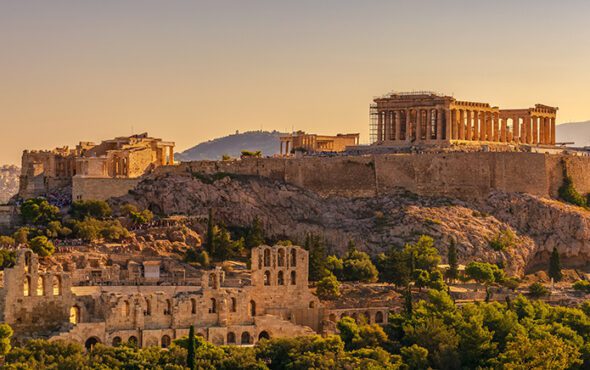 Two men having sex at the ancient Acropolis of Athens in Greece has resulted in an investigation by local authorities.

Xeparthenon, a 36-minute-long film, became known to officials in January 2022 after a screening at the Aristotle University of Thessaloniki roughly a month earlier.

Two men are seen having sex at the aforementioned place, sparking an investigation by the Ministry of Culture who said it did not consent to what happened.

“The archaeological site of the Acropolis is not suitable for any kind of activism or other activity which would cause offence and displays disrespect for the monument,” it said in a statement.

The lovers have their faces covered during the intercourse in question and, according to Greek Reporter, the site appeared to be open to tourists at the time.

The two can reportedly be seen being shielded by a circle of people for cover as they pretended to take pictures of the area.

Xeparthenon’s creators said they see the scene as a form of political activism in a long statement on 23 December.

“Some of us are subject to physical and verbal violence for our choices and expressions of sexuality,” it read.

“We will live our love and sexuality as we wish and we will defend the existence in public, but also the coexistence, of all sexualities that do not violate the self-disposition of our bodies,” it continued. “The choice of the Parthenon is not accidental. It works for many as a symbol of nationalism, commercialization, mass culture and puritanism.”

The Ministry of Culture has launched an investigation into the incident to determine if any of the site’s employees were aware of the film’s creation at the time.

“Any action on a monument site, which may directly or indirectly cause destruction, damage, pollution or alteration of its form, is prohibited,” states Article 10/Law 3028/2002 – meaning activity at a monument site must be approved beforehand.

He said: “No one can use the Sacred Rock of the Acropolis for so-called activist actions and revolutionary acts, which are in fact both stupid and immoral,” he said on Antenna television..

“You can not do anything you want in the name of activism. In fact, I don’t consider this to be activism… As a Greek, I feel ashamed.”