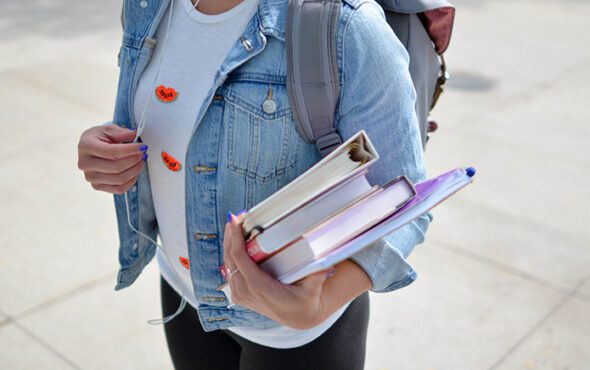 Sex education is emerging as the next battleground in a US culture war over LGBTQ+ rights, as some conservative state legislators seek to keep discussion of sexual orientation and gender identity out of the nation’s classrooms.

The governors of Arizona and Arkansas later vetoed their bills, fearing legal challenges, but Tennessee’s sex education law came into force in May, with conservatives hailing it as a boost to parental rights and religious freedoms.

LGBTQ+ rights campaigners now worry that the school curriculum will increasingly be targeted by those pushing for a broad rollback on gay and trans rights, echoing a similar tussle in some eastern European countries.

“Discriminatory legislators may be emboldened by the passage of (Tennessee’s law) along with the slew of anti-transgender bills to introduce similar legislation,” said Gabrielle Doyle from the Sexuality Information and Education Council, an NGO.

“(As well as) medically accurate, unbiased information related to sexual orientation and gender identity… it offers them the opportunity to have a deeper understanding of their own identity and experiences,” she added.

Educators and activists in Tennessee said the law’s broad wording could impact classrooms far beyond sex education – giving parents the right to opt their children out of any classes touching on LGBTQ+ history, culture or rights.

Teaching staff must tell parents about any course that features “sexual orientation or gender identity curriculum”, which could extend into history classes on topics such as the 1969 Stonewall Riots that sparked modern LGBTQ+ rights activism.

Critics of the law said that could prompt some teachers to self-censor the topics they cover in class to avoid running foul of the legislation.

Seven states already prevent teachers from raising LGBTQ+ identity or relationships, according to reproductive health group Planned Parenthood, and activists think Tennessee’s law may embolden more to follow in the run-up to the 2022 midterms.

‘PARENTS HAVE THE RIGHT’

The southern state’s law comes amid a conservative state-level push back on LGBTQ+ rights since Joe Biden became president in January, pledging to boost gay and trans rights and reversing some of predecessor Donald Trump’s restrictions.

During his first days of office, Biden signed executive actions directing federal agencies to extend equal rights safeguards to sexual minorities and allowing trans Americans to join the military, a reversal from the Trump administration.

But in less than five months, 2021 became the “worst year” in recent history for LGBTQ+ rights in the United States, with dozens of gay and trans rights-related bills passed by state legislatures, said advocacy group Human Rights Campaign (HRC).

More than 250 LGBTQ+ rights-related bills have been introduced by state legislatures this year, the HRC said, reflecting the culture clash between liberals on one side and conservatives and religious groups on the other.

Many of the bills have sought to restrict access to gender-related medical care to trans youth.

Others have targeted the participation of trans students in women’s sporting events or banned them from using the bathrooms of their choice.

Proponents of curbs on LGBTQ+ issues in the school curriculum say parents should have the last word on their children’s education, so they can protect children from topics they deem harmful.

“Parents have the right to direct the educational upbringing of their children,” Robert Noland, spokesperson for the Family Policy Alliance, an ultra-conservative anti-LGBTQ+ rights group, told the Thomson Reuters Foundation.

“While schools have broad authority, they cannot infringe upon the basic constitutional rights of parents or children for any reason. For example, schools can limit, but not prohibit, a child’s right to free speech and free exercise of religion.”

But for LGBTQ+ students struggling in school, having an affirming sex education program is vital to their well-being and can ultimately save lives, said Sam Brinton, advocacy director of The Trevor Project, which works to prevent LGBTQ+ youth suicide.

More than 40% of young LGBTQ+ Americans say they considered suicide in the past year, according to a survey by the U.S. nonprofit, but being taught LGBTQ+ issues in schools was correlated with a 23% decrease in reported suicide attempts.

Only 28% of young LGBTQ+ Americans reported learning about LGBTQ+ issues in school and, of that group, only 30% of those students heard about those issues in a sex education class.

“LGBTQ youth should be able to see their identities, behaviors, and experiences in the lessons they are learning and the textbooks they are reading,” Brinton said.

“This not only gives them the information they need to stay healthy but can also foster acceptance and contribute to a positive school climate.”

At schools in Tennessee, teachers are getting to grips with the new legislation, which requires them to inform parents a month ahead if they are planning to discuss subjects related to sexuality or gender identity.

Carmen Shepherd, who teaches science at a middle school in eastern Tennessee, said that even though her curriculum was “pretty clinical”, some topics could theoretically fall foul of the law’s potentially broad scope.