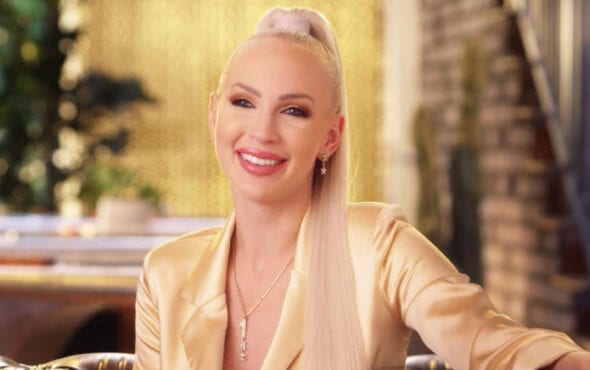 “I just think people put too much emphasis on male or female.”

The model, realtor and television personality is currently expecting her first child with Christian Richard, who she memorably wed in an extravagant ceremony in the season three finale of the aforementioned Netflix series.

In an interview with OK Magazine, Quinn opened up about her plans for motherhood and expanded on her previous comments with People, in which she stated that she doesn’t “really see gender”.

When asked if she’ll “maintain a gender neutral approach” with her child, Quinn said: “Definitely.

“Obviously, when the little angel comes out we will know what he or she is and we’re sticking to a group of names that are pretty universal and really not putting too much emphasis on gender.

“Regardless, if they’re a boy or a girl our nursery is still neutral and it will remain that way until we have further discussions when the child is older.

“I just think people put too much emphasis on male or female, and in the world these days there is so much more to that and more important things.”

Out of all of her co-stars on Selling Sunset, Quinn said that Davina Potraz, Maya Vander and Amanza Smith will be the first to meet the baby.

“Davina knew first, we talk every day. Amanza and Maya I’ve been trading tips and tricks with, and they’ve been so supportive. I don’t know why people are shocked that Amanza and I are friends. She and I talk pretty much every day,” she said.

“Other mamas have been so helpful, too, like Miranda Kerr, who is a personal friend of mine.”

In her interview with People, Quinn said she and Richard came to the conclusion that gender isn’t “important,” because they just want a “really happy, healthy baby.”

“We’re coming up with unisex names right now because I think it’s important to have something that goes with whatever our angel wants to be,” she explained.

Quinn has been confirmed to return for the fourth and fifth seasons of Selling Sunset. The series follows a group of agents at the Oppenheim Group, a real estate brokerage firm in Los Angeles, as they navigate their personal lives.

The first three seasons are now available to stream on Netflix.