Secret Garden Party: Our return to the iconic festival in partnership with Monkey Shoulder 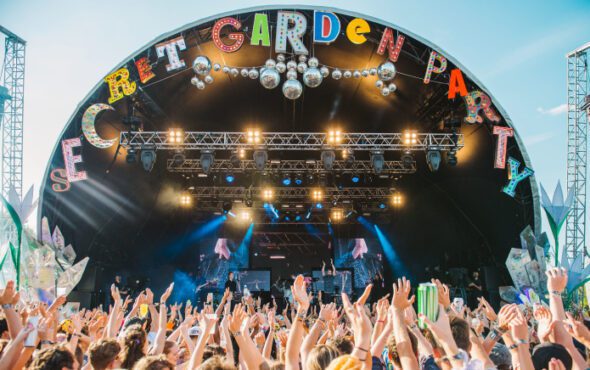 Festival season is upon us once again. And after a five-year-hiatus, Secret Garden Party is back!

Of course, GAY TIMES had to get in on the action and alongside Monkey Shoulder, the 100% malt whisky made for mixing, we want to give you an opportunity to join us.

This year’s sold out Secret Garden Party is set to be one heck of a comeback.

Taking place from 21-24 July and with a backdrop of the stunning East Anglian countryside, the theme of the festival for 2022 is ALL YOU NEED IS LOVE.

Those eager to find out which acts are playing will have to wait a tad longer.

The line-up for this year’s event, as the name of the festival suggests, is a tightly held secret, even to ticket holders. In fact, festival goers (known among campers as Gardeners) will only learn which acts are playing at midnight on that day.

We can share, however, that Monkey Shoulder will be heading to Secret Garden Party with their infamous Monkey Mixer Truck, a dragged-up cement mixer filled with Monkey Shoulder cocktails and decked out with a DJ booth!

Made from a unique combination of three delish Speyside Malts, Monkey Shoulder’s goal is to bring Scotch to a new generation of whisky drinkers by doing away with boring conventions and creating a malt whisky made for mixing.

On the Friday of the festival, GAY TIMES will be taking over the Monkey Mixer with our own surprise line-up of performers and DJs, who will be spinning as many bops and bangers as possible.

We’ll also have some of the GAY TIMES family live on site, bringing you all the latest goss from Secret Garden Party on social media.

All you have to do is head over to GAY TIMES’s Instagram where you can find out all the details and how to enter. Good luck and hopefully we’ll see you for a Friday night kiki at the Monkey Mixer.