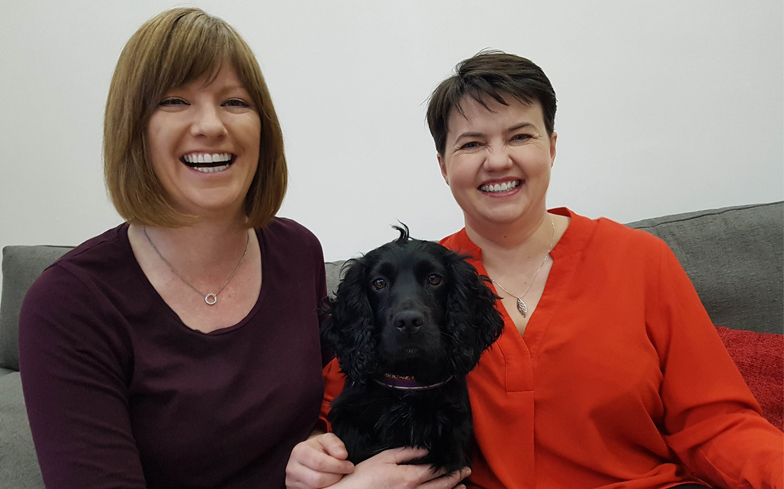 Congratulations are in order for Ruth Davidson and her fiancée Jennifer Wilson who have announced that they are expecting their first child together.

The Scottish Conservative leader revealed that she is pregnant on her Twitter account earlier this week, telling her followers that she is “overjoyed” at the prospect of welcoming her child into the world.

“Jen and I are delighted to announce that I am expecting our first child in the late Autumn,” Ruth wrote.

“Like all new parents-to-be we are excited — and daunted — about the months to come. Mostly, we are just overjoyed at the prospect of starting a family together.”

The politician stressed that while she will take some time off during the pregnancy, she will not be stepping away from politics.

“I’m simply doing what thousands of working women do every year: having a child, taking some time off and then returning to work soon after,” she said.

“While it often goes unacknowledged, politicians have personal lives too, and I hope people will understand that I want to be able to combine my public role with a family life.

“Jen and I are incredibly lucky in the support we have received from our family and friends over the past few months – and we know can rely on them in the months and years to come.

“I’d like to thank them all again today. We have always dreamed of starting a family and are so pleased to be able to share our happy news.”

Ruth Davidson proposed to her partner Jennifer Wilson back in May 2016.

She currently sits as a Member of the Scottish Parliament (MSP) for Edinburgh Central.

Ruth became leader of the Scottish Conservative Party back in 2011, and has been a vocal campaigner for LGBTQ rights and equality.