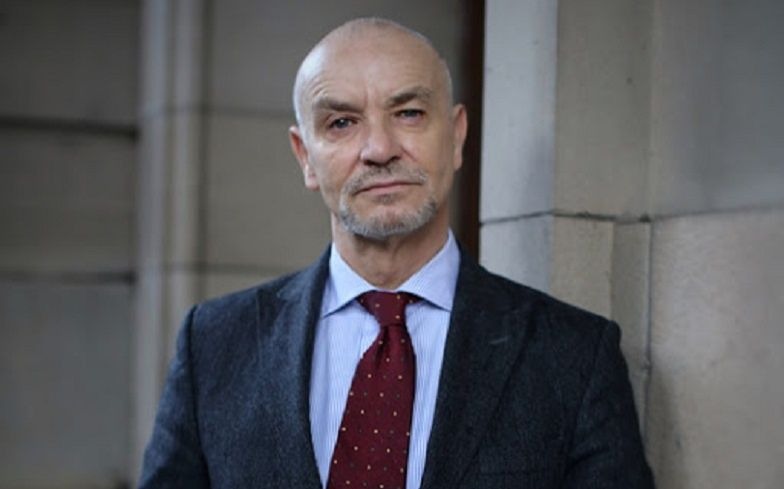 Derek Ogg fought for gay and bisexual men to be pardoned and was the co-founder of the Scottish AIDS Monitor Group.

Derek Ogg, the QC who led the battle to pardon gay and bisexual men convicted of sexual offences in Scotland which were no longer illegal, has died at the age of 65.

The law, known as the Historical Sexual Offences (Pardons and Disregards) Act 2018, passed in 2018.

In 2017, Derek was in the gallery of Holyrood when First Minister Nicola Sturgeon offered an apology to those who had been convicted of such offences. She paid tribute to him on Twitter, writing: “This is dreadful news.

“Derek was a brilliant advocate and a truly lovely man. He will be deeply missed by so many in his profession and beyond.

“It was always a pleasure for me to hear from him on issues he felt strongly about, and I will miss his wisdom and good sense.”

Gordon Jackson QC, the dean of the Faculty of Advocates also paid tribute, saying: “All of us who knew Derek Ogg are deeply saddened by his passing.

“He was a marvellous advocate but more than that he was a fierce campaigner for his beliefs both on a personal and professional level. He will be greatly missed by everyone at the faculty.”

The BBC reports that Derek was found dead in his home by officers on Friday (1 May), but they said there “would appear to be no suspicious circumstances.”

Derek had been active in fighting for LGBTQ rights since the 1970s, fighting for the decriminalisation of gay sex in Scotland and to remove discrimination from the law books. In 2015, he was awarded with a Lifetime Achievement award by the Equality Network.

In a Twitter statement, the group wrote: “We are deeply saddened to hear the news that Derek Ogg QC has died. Throughout his life Derek was a passionate and principled advocate for equality and justice. We owe Derek so much and send our heartfelt condolences to his family and friends.”

Derek co-founded the Scottish AIDS Monitor Group in the 1980s after he read an article about AIDS in an American newspaper. The charity aimed to educate people about the disease before it arrived in Scotland, so they knew how to protect themselves.