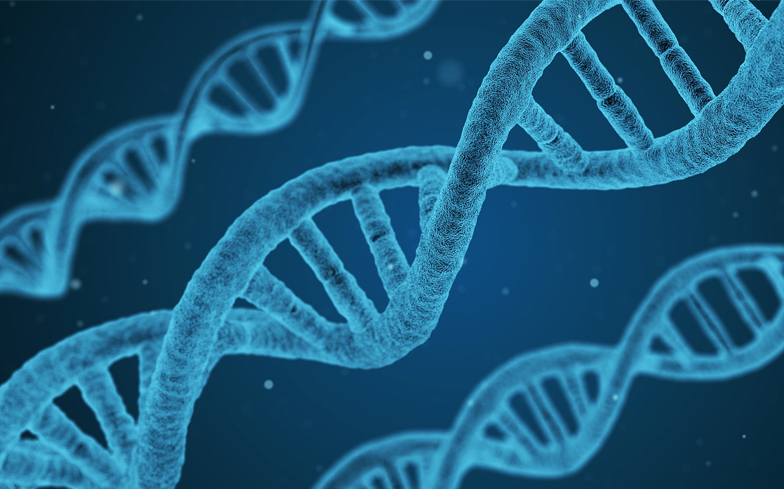 We already know it, but here’s even more evidence to suggest sexual orientation isn’t a ‘lifestyle choice’.

Scientists have been researching the so-called ‘gay gene’ for decades, studying how sexual orientation is partly heritable in men and understanding genetic variations on the chromosome X which could determine if a man is heterosexual or homosexual.

However, in a new study scientists have identified for the first time ever what might actually be two individual genes which have an impact on a person’s sexuality.

The study – which was carried out by Alan Sanders and his team at North Shore University, Illinois – compared DNA from 1077 gay and 1231 straight men.

They scanned the participants’ entire genomes to look for single-letter differences in their DNA sequences, in an attempt to pinpoint genes whose variants seem to be linked to sexual orientation.

The first sits on chromosome 13, and is an active part of the brain called the diencephalon.

This is the same region of the brain that also contains the hypothalamus, which in an earlier study in 1991 was identified as being a different size between gay and straight men.

The gene – which is called SLITRK6 – is active in the hypothalamus of male mice fetuses mere days before they are born. Related: Half of straight people carry the ‘gay gene’ according to study

“This is thought to be a crucial time for sexual differentiation in this part of the brain,” neuroscientist Simon LeVay told New Scientist.

“So this particular finding is a potential link between the neuroanatomy and molecular genetics of sexual orientation.”

The second gene is found on chromosome 14 and is mainly active on the thyroid.

However, the gene – called TSHR– is also active on the brain, and makes a type of receptor protein that recognises and binds to a hormone that stimulates the thyroid.

Essentially, the gene plays an important role when it comes to thyroid function.

Previous studies have linked thyroid function to sexual orientation in men, particularly when it comes to a genetic condition called Grave’s disease.

The disease disrupts TSHR’s function, and has been found to be more common among gay men than straight.

It causes the thyroid to go into overdrive, accelerating metabolism and resulting in significant weight-loss. Some previous research has also found that gay men tend to be skinnier than straight men, which is usually due to an overactive thyroid.

It has to be noted that scientists found that not all men who had these genes identified as gay, and that external factors are also likely to play a part.

“There are probably multiple genes involved, each with a fairly low effect,” Alan Sanders explained.

“There will be men who have the form of gene that increases the chance of being gay, but they won’t be gay.”

There are many genes that seem to play a role when it comes to sexual orientation, which would go some way to explaining why some people are bisexual or sexually fluid.

So why should we care about identifying the so-called ‘gay gene’?

“It adds yet more evidence that sexual orientation is not a ‘lifestyle choice’,” said Dean Hamer at the US National Institutes of Health.

“But the real significance is that it takes us one step closer to understanding the origins of one of the most fascinating and important features of human beings.”