School is out. Many young people are not – the impact of lockdown on LGBTQ youth 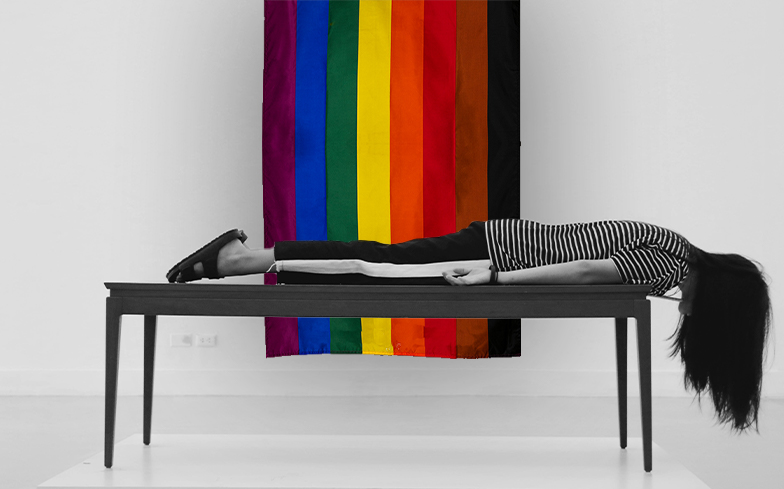 Following the announcement of the UK lockdown in March, we have all had no choice but to quickly adapt to a different way of living in order to ensure the safety of ourselves and others.

Our daily routines have been completely altered, many of our plans postponed or cancelled, and we have been unable to meet relatives and friends who we may ordinarily have seen on a regular basis. It has been tough for everyone. Unfortunately, the situation is especially difficult for the younger members of our community who are in lockdown with unsupportive families.

Research by LGBTQ youth charity, Just Like Us, suggests that LGBTQ young people may struggle more at home than cis straight young people, as they are more likely to initially confide in friends rather than a family member; the reverse is true for their non LGBTQ peers.

For so many closeted young people – including some Just Like Us volunteer ambassadors – moving out of home for college, university or work is an opportunity to come out and build a support network. Meeting other LGBTQ young people and moving away from home has been a life-changing experience for many of us, who kept our identities hidden from our families for many years.

The closure of universities, colleges and workplaces means that many LGBTQ young people are now separated from their chosen friends and family, and are having to re-enter unsupportive households. My co-ambassador Nicole  said, “Having to go from being out and living on my own, then back to being closeted in a homophobic household, has hit hard”.

Anna, another ambassador, whose family is Catholic, says, “I came out to my family last year after I began my second year at uni and started dating a girl. I knew they wouldn’t take it well initially, but thought they would at least be able to process what I’d told them by the time I came home. Now I’m back home [early] they barely speak to me and when they do, they criticise me for my “sinful lifestyle”… Being back at home with my family has definitely taken its toll on my mental health.”

Our trans ambassadors face additional problems. Joel says, “I’m really lucky to be isolating with people who are very trans friendly and affirming, but it’s medical stuff that’s my concern. It’s causing a lot of worries around my transition. I’ve recently changed from getting my Hormone Replacement Therapy (HRT) injections to gel. I’m due a blood test in two weeks, but my GP isn’t doing any face to face appointments so I can’t have one, and if I can’t have my bloods okayed at safe levels on the new HRT, my endocrinologist will probably stop it until we can prove my liver is coping.

“There are other trans folk who are in similar boats. My friend has missed one injection, as he has a condition meaning he can’t self-inject, and the nurse won’t make an appointment to inject him at this time. Others have had their gender affirming surgeries cancelled. There’s also the fact that Gender Identity Clinics are all closed right now, so the already ridiculous wait times (currently around 26 months from referral to first appointment and 20 months between appointments for the Newcastle clinic) are only going to be longer when all this is over.”

At Just Like Us, we work with LGBTQ young people in schools, many of whom are not yet out to their friends and relatives. Now that schools are closed, these kids are with their families 24/7, and if they have not yet had the chance to build a support network, this could be incredibly isolating. Many will be suppressing their identities due to the fear of being rejected by their families, and with most currently entirely dependent on their families, akt (Albert Kennedy Trust), the LGBTQ youth homelessness charity, has advised LGBTQ young people not to come out to family during the lockdown, because of the consequences of a potential negative response. In addition, the possibility that university and college courses may commence online in September will come as a huge disappointment for those who are hoping to move away from unsupportive households.

But despite this, we’re coming together to support one another during these difficult times, and our LGBTQ young adults are finding great ways to support themselves and one another. As an example, the Just Like Us ambassadors have set up a WhatsApp group aimed at sharing (both LGBTQ related and more general) quarantine tips, including recipes, craft ideas and self-care advice. I think we may have also broken the world record for the number of pet photos shared in one group chat, and I am completely living for it. I’ve learned so much from hearing about how other ambassadors are looking after themselves during this time.

“I’m looking after myself by trying new hobbies, connecting with friends and not beating myself up about everything”, says Sophie. “I’ve found that making lists with friends of stuff you guys want to do once we’re out of lockdown has really given me some perspective on what’s important.”

Just Like Us have also launched a new social media campaign, #JLUatHome, in order to support young LGBTQ people during lockdown. The campaign has consisted of a range of content so far, including messages of support to isolated LGBTQ young people, film and book recommendations, as well as the opportunity to ask Just Like Us ambassadors questions. Through this period, we are really seeing the benefits of being part of an LGBTQ community that is still connected from afar.

If you are a LGBTQ young person, we would love you to join us by listening to our latest podcast episode, which you can listen to here. This month, ambassadors Isaac, Elly and Arber will discuss more in depth what it’s like being LGBTQ at home. If you’re an LGBTQ teenager in the UK, we also want to welcome you into our digital ambassador team – which is another way to be part of this incredible community.

Finally, if you’re reading this article and want to help us to help LGBTQ young people during this difficult time, you can also make a donation to Just Like Us, but only if you are in a position to do so. You can make a gift here. Thank you!

Related: Volunteering for Just Like Us gave me confidence in my identity as a young, gay, mixed race Muslim.

Related: The invisible have voices too – listen to trans youth.