Thousands of schools from across the UK participated in the sixth annual School Diversity Week.

Benjamin Dean, the author of The Secret Sunshine Project, a children’s book about a family attending Pride, led a writing workshop in more than 60 primary schools.

He also opened up about his journey towards becoming a published author and answered questions from students, who then created their own stories as part of the workshop.

Primary schools read LGBTQ+ inclusive books such as Jodie Lancet-Grant’s novels Grandad’s Camper and The Marvellous Doctors for Magical Creatures, while many schools dressed up for Rainbow Friday to fundraise for Just Like Us. Proceeds will help the charity provide free resources to schools.

“Children really think before they speak now. They’re thinking about the joking language that they used to use and it isn’t being used anymore,” she explained. “We’re not having homophobic language used on the playground.”

Joanne Thornton, Deputy Headteacher at Mortimer Community College in Durham, said the school is “committed to ensuring everyone feels included”.

“Everyone is diverse, we are all unique,” Thornton added. “Mortimer wants to promote an environment that invites, encourages and supports those differences and guarantees an inclusive, diverse and safe environment to learn and grow.” 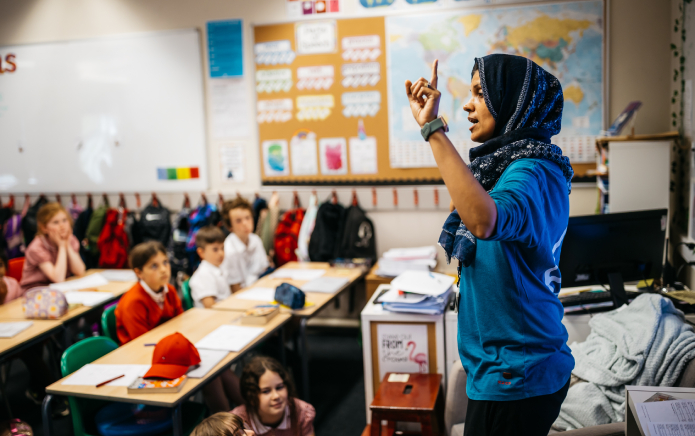 According to Just Like Us, a record number of schools in Wales and Scotland took part. Louise Robers, from Hywel Dda Primary in Cardiff, said she decided to celebrate School Diversity Week for the first time because it will “start our journey with LGBT+ inclusion wonderfully.”

The event follows Just Like Us’ recent study, which discovered that 82% of UK parents are in favour of their children learning about LGBTQ+ families at schools.

The research, which surveyed 1,001 parents, revealed that an overwhelming majority believe that it’s “important” for children to “learn that different types of families exist”.

However, 34% of parents said there is not enough support and resources for them to educate their children on LGBTQ+ issues.

The research also found that a third of UK parents have never spoken to their child about what LGBTQ+ means, and 10% “never would” discuss LGBTQ+ topics with their children.

The majority of UK families (67%) admitted they don’t have any LGBTQ+ inclusive books at home for their children to read, although 61% said they would be helpful in aiding conversations with their child about LGBTQ+ topics.

For more information on Just Like Us and their incredible work supporting LGBTQ+ youth, visit their website.

Schools can now sign up to take part in School Diversity Week 2023.