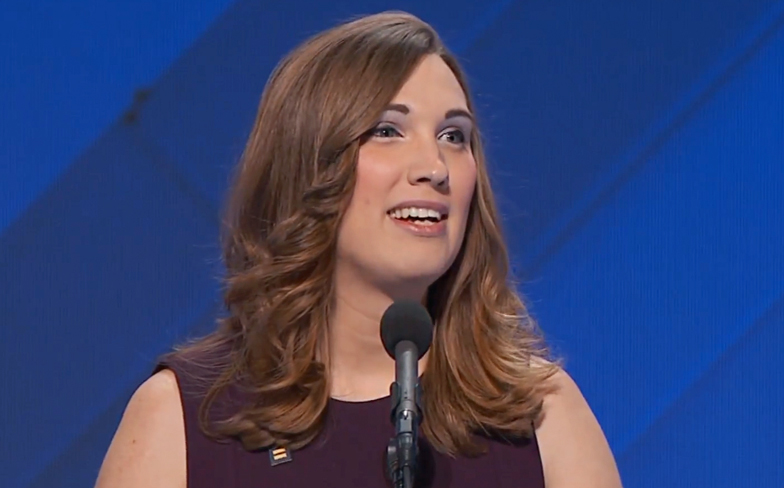 From former White House intern to state senator, Sarah McBride has made history becoming the highest ranking trans elected official in the US.

Sarah McBride isn’t unfamiliar with making history and in 2016 she did exactly that. After becoming the first transgender spokesperson to speak during the Democratic National Convention, McBride has built a reputation centered on equality, opportunity and fairness.

Before her Senate days, the McBride actively vouched for greater universal rights for American citizens. The politician was also closely associated with the Human Rights Campaign serving as national press secretary and, later, became a figure of anti-discrimination in her home state Delaware.

This Tuesday (January 12), McBride was officially sworn into the Delaware State Senate and became one of the few high-profile leading transgender figures in the US political system.

There are a small number of transgender politicians across US government e.g. Colorado’s first transgender lawmaker Brianna Titone, however many of them do not hold high-ranking positions.

The newly inaugurated state senator shared a post of being sworn in that went viral.

How it started. How it’s going. pic.twitter.com/X3i0WxfqLu

The tweet was based off an internet meme which uses the phrases “How it started” and “How it’s going”. The images presented a contrast in McBride’s political career when she announced her run for senate to being sworn in.

The first image showed McBride holding a newspaper which featured a headline announcing her run for state senate in 2020, while the second image showed the politician being sworn in.

Last year, the senator addressed a question around their identity with a screenshot titled: “Hope that clears things up”. The post showed McBride being asked “Are you a boy or a girl?”, the activist replied: “I’m a senator”.

Hope that clears things up. pic.twitter.com/6JjBjG4QAO

Instead, the politician is driven to achieve “health care for every Delawarean and good paying jobs with paid family and medical leave.”