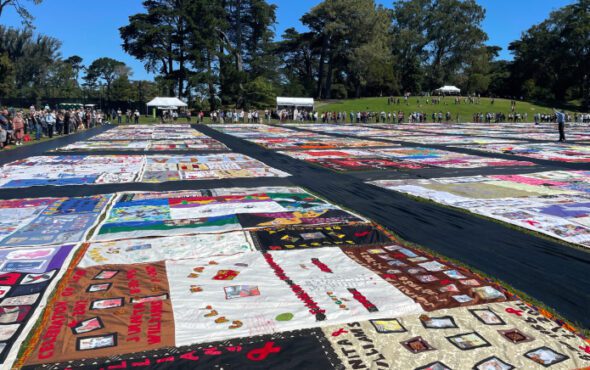 San Francisco’s Golden Gate Park was home to a huge display of the AIDS Memorial Quilt this weekend in honour of its 35th anniversary.

It marked the largest exhibit of the quilt in roughly a decade and is the biggest display to ever take place in the city.

There were 3,000 panels of the quilt on show for the public in the Robin Williams Meadow, with one block of the quilt each being made up of eight panels.

“You know, the power of what we’re doing here today is a continuation of what started 35 years ago,” he explained, reflecting on how public attitudes have changed since the height of the epidemic. “I think it’s important that we all remember, that in the early days of the AIDS crisis, especially in America, it was all about, ‘It was them, it was the gays, it was drug users, it was substances’ and so it was easy to make an ‘other’.”

Cunningham added that there was a government “that chose not to respond” to the AIDS epidemic, which resulted in activist Cleve Jones stitching a panel of fabric for his best friend in 1987. 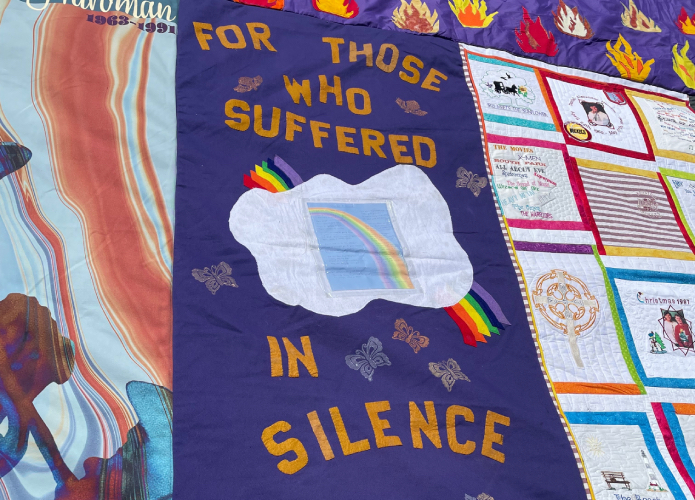 The quilt now exists as a way of educating people about the past, as well as a way of remembering those lost to HIV/AIDS.

An array of speakers spoke at the quilt’s display in San Francisco over the weekend, which was also attended by the city’s mayor, London Breed.

Names of those lost to the epidemic were read out for several hours to ensure they are never forgotten.

The full quilt includes panels from every US state, most US territories and 28 countries.

It has a total length of 56 miles if each panel were to be laid side by side.

You can learn more about the quilt and the event in San Francisco by clicking here.