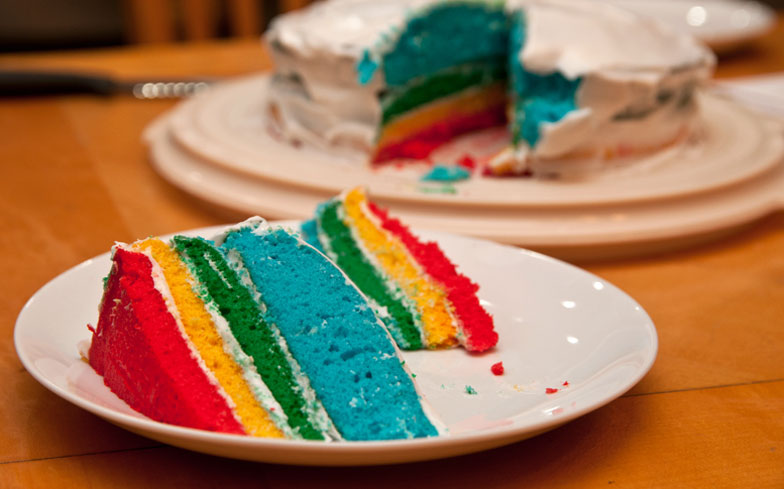 “Even though as individuals you are both fabulous and amazing people, I must follow the integrity of my heart and beliefs.”

A lesbian Australian couple were refused a wedding cake last year by a New Zealand baker.

Before Australia voted to legalise same-sex marriage, Moe Barr and Sasha Patrick planned their nuptials in New Zealand, and approached Kath from Devine Cakes in Warkworth to make their cake.

The couple were shocked when Barr received an email from Kath refusing to make the cake, due to religious beliefs.

“Hi Maureen and Sasha, thank you for your inquiry regarding a wedding cake for the 19th January. I do not wish to offend either of you and I thank you for letting me know that it is a same sex wedding.

“Even though as individuals you are both fabulous and amazing people, I must follow the integrity of my heart and beliefs.

“Our government has legalized same sex marriages, but it is not my belief that it is correct, therefore I will not support it and cannot make your wedding cake for you.”

Patrick told Stuff: “We were really surprised to get that email. We’ve been really open about the fact that it’s a same-sex wedding and had absolutely no problems with any of the other vendors.

“You just don’t expect to get a response like that these days.”

After the couple shared the email on their social media, they received an overwhelming amount of offers from bakers.

“We’re glad we found out at this point because it could have really affected our plans if it had happened closer to the wedding,” Patrick said.

“But ever since we shared the email on Facebook we’ve had other offers to make the cake which we’ll look in to.”