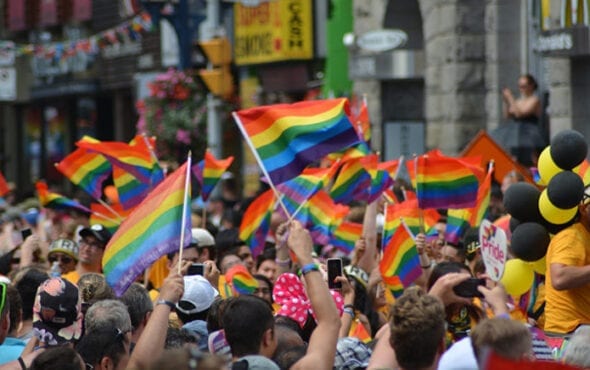 The government’s first LGBTQ+ conference is facing a mass boycott over its U-turn on banning ‘conversion therapy’ in the UK.

On 31 March, a leaked document seen by ITV News confirmed that the UK government was no longer planning to ban so-called ‘conversion therapy’ despite promising to do so since 2018.

However, mere hours after the news broke, the government made a U-turn on its decision in the wake of public outcry at it – including from fellow Conservative politicians.

Despite this, the renewed plans reportedly do not currently cover banning the use of the practice on trans people – something which a statement released by the government on 4 April appeared to confirm.

“Recognising the complexity of issues and need for further careful thought, we will carry out separate work to consider the issue of transgender conversion therapy further,” it stated.

As a result of the backtrack, more than 100 organisations have dropped out of the government’s Safe to Be Me conference, which is due to take place this summer to coincide with the 50th anniversary of London’s first Pride marches.

Among these are Stonewall, the Terrence Higgins Trust and the Global Network of Rainbow Catholics.

“Trans people are no less worth of respect, care and protection than cis lesbian, gay and bi people. If the UK government cannot stand behind and respect all LGBTQ+ people’s fundamental human rights, it should not be convening an LGBTQ+ rights conference on the global stage,” Stonewall said in a statement on 4 April.

It was released with support of more than 80 LGBTQ+ charities and organisations, such as Mermaids, the Ozanne Foundation and Tonic.

The conference may now be scrapped entirely, according to the BBC.

“The Government’s decision to exclude trans people from the ban on conversion therapy is completely unacceptable,” said a statement from the Terrence Higgins Trust. “Trans rights are human rights – progress without or at the expense of trans people is not progress. We stand together and will not be divided.”

As well as LGBTQ+ campaigners, a number of MPs and government officials have expressed outrage at the government’s flip-flopping.

Jamie Wallis, a Conservative who last week became the first-ever UK MP to come out as trans, issued a statement saying he is “bitterly disappointed at the Government’s decision not to include gender identity in the ban on conversion therapy.”

“I hope the announcement that a separate piece of work will now be done on this issue will be done at speed,” he continued. “If the CT ban passes through parliament without any protections for the transgender community, it cannot be described as anything other than a broken promise.”

1/ I’m bitterly disappointed at the Government’s decision not to include gender identity in the ban on conversion therapy. Many have asked what my thoughts are. I’ve always believed that this debate attracts unnecessary hysteria and toxicity, and…

Safe to Be Me is scheduled to take place from 29 June to 1 July in London.