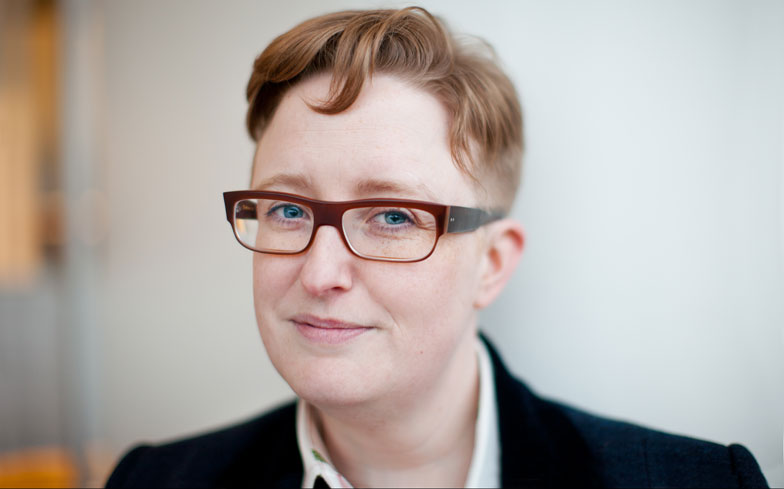 Ruth Hunt is stepping down as CEO of Stonewall.

Following an incredible 14 years at the LGBTQ charity – the last five of which were spent as chief executive – Ruth will be leaving to ‘pursue a new opportunity’ in August, according to a statement released on Thursday 21 February.

“The past 14 years have been transformative for me, both personally and professionally,” she said.

“I am incredibly proud of how much we have achieved as an organisation and am honoured that I have been the person to lead this change at Stonewall.

“Recognising the diverse experiences and needs within LGBT communities, exploring intersectional identities and looking deeply at multiple forms of discrimination, has not always been a comfortable conversation for Stonewall to have but it has been a vital one.

“Expanding our work to ensure we are more closely speaking alongside and sharing power with these communities is a journey we are still on, and one that I am confident will excite a new leader.”

During her time as CEO, the organisation went through a significant growth period, increasing staff numbers from 75 to 160, and growing income from £5.38 million to £8.69 million, according to Stonewall.

Ruth continued: “I could not be prouder to have led this amazing organisation for the past five years and look forward to seeing it – and all the amazing people that work for it – go from strength to strength in years to come.” Jan Gooding, Chair of the Board of Trustees, described Ruth as a “visionary, bold and inspirational leader” during her years at Stonewall, praising her for making the charity more inclusive of trans individuals.

“When Ruth took the reins of the organisation in 2014, Stonewall was a very different place,” she said.

“Over the course of her tenure, she has changed the organisation’s culture, expanded our remit and shown an unequivocal commitment to supporting parts of the LGBT communities that have been traditionally excluded.

“Specifically, her commitment to integrate trans communities into Stonewall’s work, following a period of extensive consultation, has been and will continue to be integral to our development as an organisation.

“This is a journey that is fully supported and championed by the entire Board of Trustees.

“Ruth will leave with the knowledge that she has significantly transformed Stonewall for the better and has provided an exciting opportunity for a strong and forward-thinking leader to step in and take the helm during a new strategic period.

“I speak on behalf of the entire Board and staff team when I wish Ruth only the best in her next steps.”