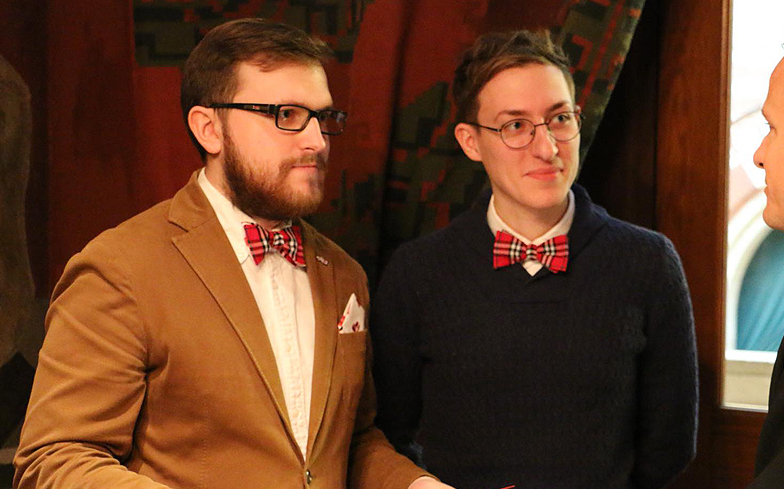 Russian gay couple Eugene Wojciehowski and Pavel Stotsko have been forced to flee their apartment after exploiting a loophole which meant their same-sex marriage was briefly recognised in their home country.

The pair got married in Copenhagen, Denmark on 4 January, before returning to their home together in Moscow weeks later.

But after Pavel posted the news on social media, it was picked up by the mainstream news and Russian authorities were quick to state that the marriage stamps had no legal validity.

Over the weekend, Russian authorities surrounded their apartment and cut off the electricity, preventing friends and acquaintances from coming to support them.

The Russian LGBT Network also reported that police had told the couple that they could not guarantee their safety.

Eugene and Pavel had been receiving an increasing amount of death threats since the news broke, with some people online vowing to “rip off [their] heads”.

LGBTQ rights activist Igor Kochetov told the media on Monday that the couple have handed in their internal passports on the advice of their lawyer.

They have also left the country for fear of their lives. “They were in real danger,” Igor stated. Last summer, Russian president Vladimir Putin claimed he feels it’s his duty to prevent same-sex marriage from ever becoming legal in his country.

“I can tell you this… as head of state today, I believe it’s my duty to uphold traditional values and family values,” Putin said.

“Why? Because same-sex marriages will not produce any children.

“God has decided, and we have to care about birth rates in our country. We have to reinforce families.”

Just last week, a poll found that 83% of Russians thought that gay sex was “reprehensible.”