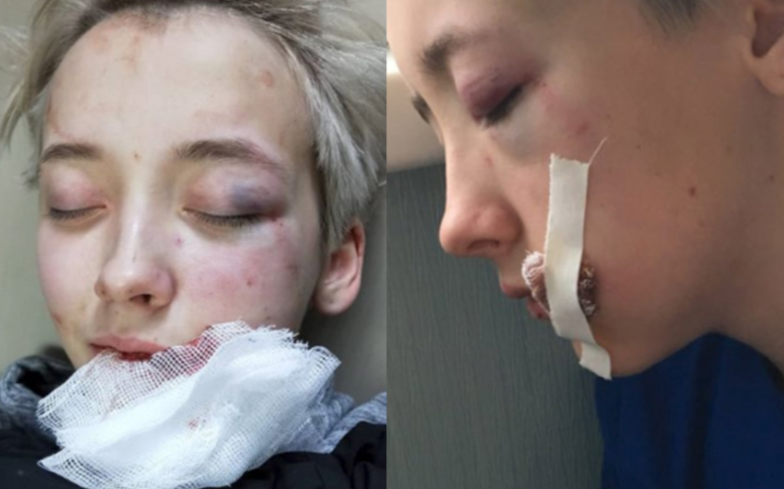 The victim sustained a concussion and had to receive stitches to the side of her mouth.

Two Russian teenagers were the victims of a vicious homophobic attack by a group of seven men earlier this week. One of the girls, Ekaterina Lyskh was hopitalised with a concussion, and required stitches to the side of her mouth.

Speaking to the Russian publication Paper, Alina, Ekaterina’s girlfriend, explained that the gang of men started following the girls as they walked along the Ligovsky Prospekt, with a group of friends, in St Petersburg on Monday (9 December).

“They began to insult us in a rude manner. Names like: ‘Are you lesbians?’

“They came too close, asking what was in our pockets. We tried to move on, but the men blocked our moves. As a result, we still managed to run into some kind of coffee shop. I tried to call the guard, but did not have time.”

One of the girls attempted to pepper spray the men, which led to them striking her. When Ekaterina followed them to demand answers for why they targeted, she was beaten by the group.

The attack was brutal that it left Ekaterina with no memory of it, and she was treated for a concussion and required stitches to the side of her mouth.

Three men out of the group of seven were later arrested. One of them aged 19, another 16, another in the seventh grade. Another man detained is said to be a witness of the attack. The group allegedly adhered to nationalist ideas, and didn’t deny that they targeted the group of girls because they believed some of them were lesbians.

Of members of the group are charged, they will be charged for “the intentional infliction of moderate severity of harm to health” with a maximum penalty of up to seven yeas in jail.