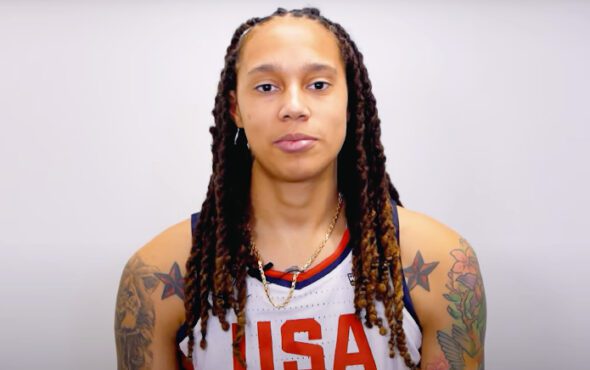 Brittney Griner’s pre-trial detention has been extended for the third time.

In February, the Olympic gold medalist was arrested after she was accused of carrying hashish oil in her luggage.

Over the last few months, Griner’s lawyers and representatives have worked tirelessly on getting the beloved basketball player back to the United States. However, numerous roadblocks have unfortunately prolonged the process.

Back in March, the Russian state news agency TASS reported that a Moscow court “granted the request of the investigation and extended the period of detention of the US citizen Griner until May 19.”

However, a few days before the aforementioned date, Griner’s lawyer Alexander Boykov revealed troubling news regarding her detainment.

On 13 May, the Russian court extended her detention again by one month – which made her release date for 18 June.

Alongside the extension news, Boykov revealed that the court’s recent decision is an indication that Griner’s case will be headed to trial soon.

Now it looks like Griner will be detained in Russia for additional two additional weeks.

On 14 June, TASS reported that the 31-year-old will remain in custody until her next hearing on 2 July.

The news of Griner’s extension comes a day after the US State Department met with her Phoenix Mercury teammates.

“There is a lot involved in getting her back home and safe, they’re working relentlessly,” Mercury player Diana Taurasi told NBC News.

“We’re here to do whatever we can to amplify and keep BG at the forefront, which is more important than any basketball game and anything else that’s going on in our lives.

“We want BG to come home as soon as possible, it’s number one on our list. Knowing the State Department at the highest level, from US president Joe Biden to the team that is working on bringing back all Americans who are wrongfully detained, gives us a lot of confidence that they’re working on it.”

“The welfare and safety of US citizens abroad is among the highest priorities of the US government,” the State Department said via ESPN.

“The Department of State has determined that the Russian Federation has wrongfully detained US citizen Brittney Griner.

“… The US government will continue to undertake efforts to provide appropriate support to Ms Griner.”

If the two-time Olympic gold medalist is found guilty, she could face up to 10 years in prison.