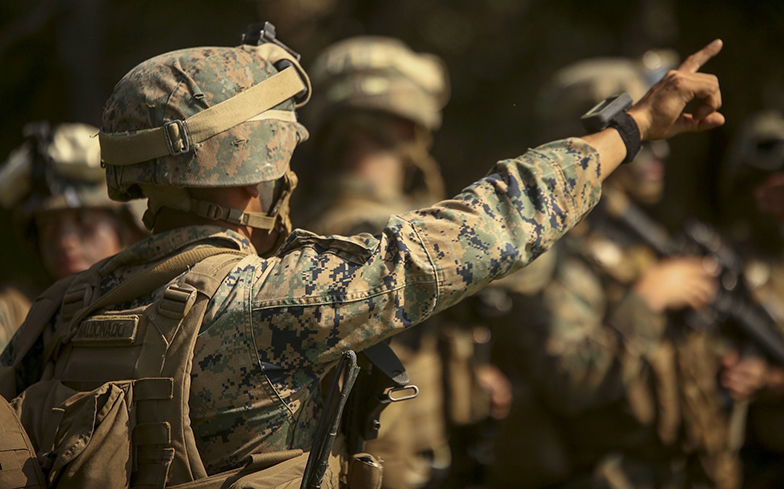 The marine, who cannot be named for legal reasons, told Portsmouth Military Court that he was left suffering with Post Traumatic Stress Disorder after being made to carry out the act when he failed a map reading test on a navy base.

“You could be punished for anything starting from just leaving a pen lid on the floor to operational things like not turning on your radio while on patrol,” he said.

“A senior marine would stand at the front and would ask if there were any integrity shouts – which meant you would own up to a mistake you had made.

“Then there would be stitch ups, and marines or corporals could stitch each other up and report something someone else had done.”

Corporal Philip Beer and Corporal Danny Foster, who are on trial for ill-treatment of a subordinate, have been accused of devising humiliating punishments for those who failed to complete menial tasks.

Penalties were allegedly dished out during a Deal Or No Deal-style format called ‘family night’, and included soldiers being forced to shave all their body hair off and being whipped while hung upside down.

“When family time ended everyone made their way to where we slept,” he recalled. “On the way I told Foster I wasn’t going to do it, but he said to me ‘You fucking are’.

“I felt disgusted and degraded having to do it, it was massively degrading, I had no power against it; I could not say no.”

Foster has denied three counts of ill-treatment of a subordinate and Beer denies two counts.