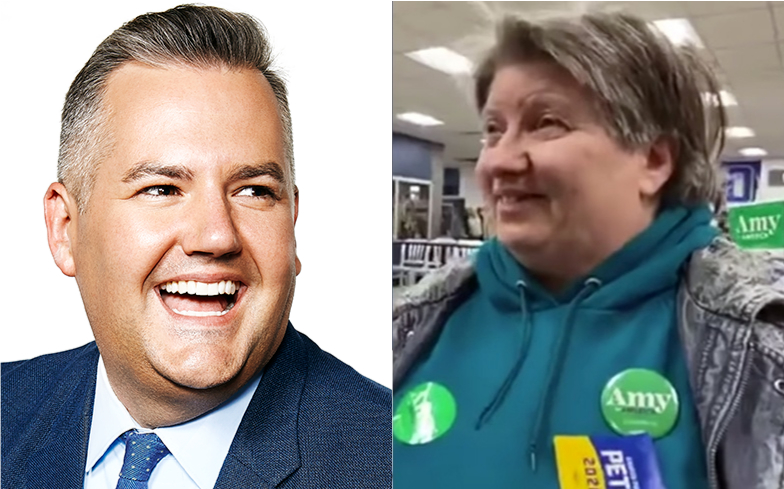 The RuPaul’s Drag Race judge did not hold back with his thoughts.

Drag Race judge Ross Matthews is known for his scathing critiques on the main stage, but now he’s turned them on the woman who wouldn’t vote for Pete Buttigieg because of his sexuality.

Earlier this week, footage shared to social media shows a woman’s shocked reaction after discovering Buttigieg is married to another man, even asking for her voting card back.

She demanded to know why his sexuality had never been brought up, despite numerous referrals throughout the media to the possibility that Buttigieg could be America’s first gay president, and his husband, Chasten, kissing him onstage following a speech.

Appearing on the Fallback segment of The Beat with Ari Melber on MSNBC, Matthews said: “There’s a few things going on here.

“One: gross, lady. Two: they’ve been campaigning there for about two years, right? It’s a small state, they blanketed the airwaves, he was on the cover of TIME magazine.

“I don’t know maybe look up once or twice before you cast a vote, just look up.”

When pressed on whether an informed voter might have realised Mayor Pete’s sexuality, Matthews said that Pete and his husband appearing on the cover of TIME should’ve provided an “inkling.”

He then emphasised that this woman’s views didn’t reflect the majority of people in the Democratic Party, saying: “Our president, Barack Obama, he was Democrat, he brought in marriage equality, he led that fight with Joe Biden.

“I don’t understand why you’re voting in the Democratic caucus if you have an issue with it. And two, if you’re going to cast a vote for somebody, you should know who they are.”

Buttigieg has also responded to the woman, after being shown a clip on The View in which he said that he was “running to be her president too.”

He added: “Of course, I wish she was able to see that my love is the same as her love for those that she cares about, and that my marriage means as much to me as hers, if she’s married.

“But if she can’t see that – and even if because she can’t see that, she won’t vote for me – I am still, if I’m elected president, going to get up in the morning and try to make the best decisions for her and the people she loves.”

Buttigieg topped the Iowa caucus with 13 delegates, just ahead of Bernie Sanders who got the backing of 12 delegates. The New York Times says the two men are separated by less than one-tenth of a percentage point.

Related: Fox News host isn’t sure on Pete Buttigieg’s sexuality as he has a “non-gay look”