Rosie O’Donnell says “everyone knew” that Whitney Houston was gay 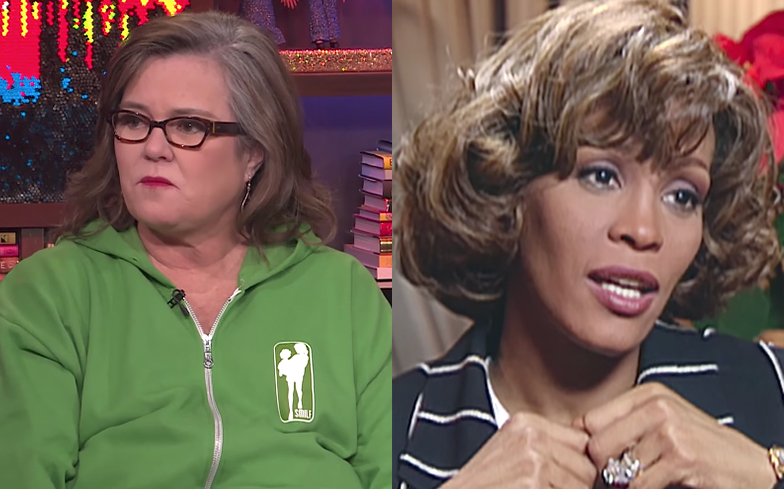 Rosie O’Donnell has opened up about her friend Whitney Houston’s sexuality.

During an appearance on Watch What Happens Live With Andy Cohen, the comedian addressed rumours that Whitney was in a romantic relationship with her longtime assistant Robyn Crawford.

“I didn’t know them as a couple per se, but I knew that they were together,” she said.

“I’m friends with a lot of very athletic, older lesbian women who are in the WNBA. And that’s sort of the group [they hung out with], all of these basketball-playing women. So I knew that, and I knew it for a very long time.”

It’s long been speculated that Whitney was in a relationship with her assistant Robyn, but further fuel was added to the fire when the critically-acclaimed documentary Whitney: Can I Be Me? was released earlier this year.

In the film, a number of Whitney’s friends and family members suggest her relationship with Robyn was more than just platonic friendship, a claim which is backed up by Rosie.

“Everyone sort of knew it,” she continued, “so I thought it was very surprising when Clive Davis came out and said that he never discussed her being gay. I don’t believe that for a minute.”