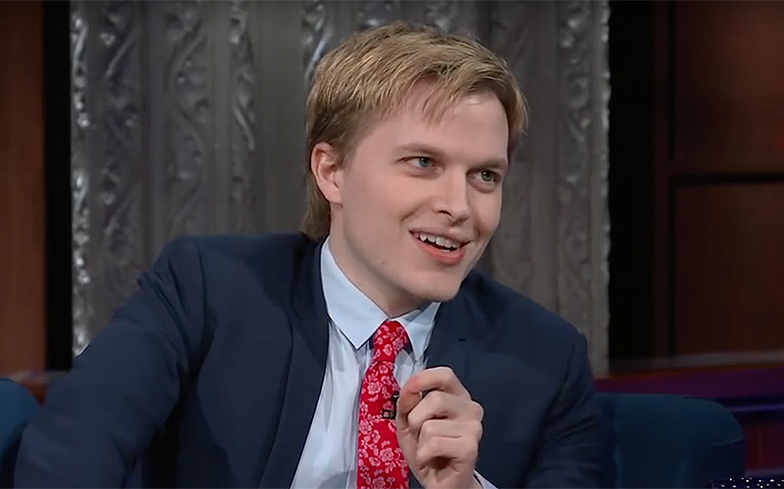 The American journalist publicly acknowledged his sexuality for the first time.

Renowned journalist Ronan Farrow – son of Mia Farrow and Woody Allen – came out as part of the LGBTQ community on Monday (9 April) as he accepted an award from The Point Foundation, the nation’s largest scholarship-granting organisation for LGBTQ students.

“Each and every LGBT person who has to go through a process of accepting themselves and turning rejection and isolation into strength is richer and more creative and more determined for that journey,” said Farrow.

“Being a part of the LGBT community … which recognised that reporting I was doing early on and elevated it, and has been such a stalwart source of support through the sexual assault reporting I did involving survivors who felt equally invisible … that has been an incredible source of strength for me.

“LGBT people are some of the bravest and most potent change agents and leaders I have encountered, and the most forceful defenders of the vulnerable and voiceless, because they know what it’s like to be there.

“In embracing these young people, the Point Foundation is making people who felt invisible and alone feel seen.”

Farrow then praised the organisation on his Twitter account: “Thank you for the honor and for the important work you do granting scholarships to vulnerable LGBT youth.”