Ricky Martin opens up about his coming out process 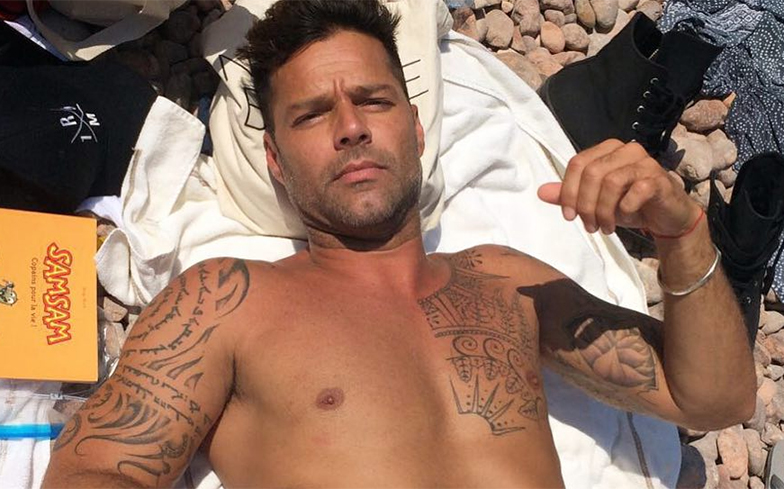 Speaking on The Daily Show, singer and American Crime Story actor Ricky Martin opened up about his coming out process.

He told host Trevor Noah: “It took me a while, it took me – look, I was surrounded by friends who were telling me: ‘Don’t! Don’t come out; that will be the end of your career.'”

“And if you add to that the fact that I was like, a heartthrob, a sex symbol…everybody was telling me: ‘It’s going to be the end of your career.'”

He then revealed his turning point, saying: “It was extremely painful for me, until I said: ‘I can’t take it anymore.’

“It’s about me now, it’s not about what’s happening outside, it’s about what I need in order for me to be happy.”

Related: Newlyweds Ricky Martin and Jwan Yosef take you around their home

Martin then revealed that his twin boys, Matteo and Valentino had a part to play, saying: “I had my kids, and then I said: ‘I have to come out – I mean, am I going to lie to these beautiful kids?'”

Last week, the singer confirmed that he had married his partner Jwan Yosef in a private ceremony. Martin is also currently portraying Antonio D’Amico on American Crime Story, the lover of Gianni Versace, and has promised that viewers will see his “tush”. And if you can’t wait for some tush viewing, then Darren Criss has already shown his off in the first episode.

There is currently no UK airdate for American Crime Story, but we do know that it will be airing on BBC 2. American viewers, on the other hand, can watch it on FX every Wednesday.