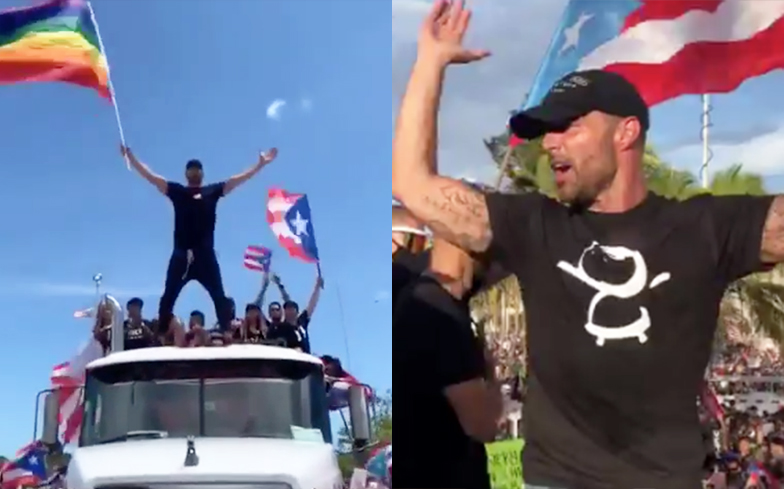 Rosselló found himself in hot water after text messages containing homophobic and sexist language exchanged in a group chat with 11 cabinet members and aides leaked earlier this month, adding to existing public anger over alleged corruption.

In several messages, Rosselló referred to people as ‘cocksuckers’. In one message, he said senator Eduardo Bhatia had “historic cocksucker levels” and in another message he said journalist Benjamín Torres Gotay was an “unprecedented cocksucker.”

The nearly 900 pages of messages, obtained by Puerto Rico’s Centre for Investigative Journalism, even featured an attack on Puerto Rican singer Ricky Martin.

“Nothing says patriarchal oppression like Ricky Martin,” wrote Rosselló’s finance minister at the time, Christian Sobrino. “Ricky Martin is such a male chauvinist that he fucks men because women don’t measure up. Pure patriarchy.”

Rosselló has already confirmed that he won’t stand for re-election next year, but now protestors are calling for his immediate resignation.

On Monday (22 July), hundreds of thousands of people participated in a protest and national strike in capital city San Juan, estimated to be one of the largest the island nation has ever seen.

Several high-profile Puerto Rican figures including Residente, Bad Bunny – who flew out to the island in the middle of his European tour – and Martin have taken part in protests, adding to the many calls for Rosselló’s resignation.

Photos and videos of Martin waving a rainbow Pride flag from atop a vehicle in Monday’s protest have gone viral on social media.

This is Ricky Martin with the protesters in Puerto Rico right now.#RickyRenunciaAhora

Martin also took to Twitter to condemn the text messages, calling on his fans to join in the mass protests and posting a video in which he said Puerto Rico has had “enough” of the governor and his cabinet.