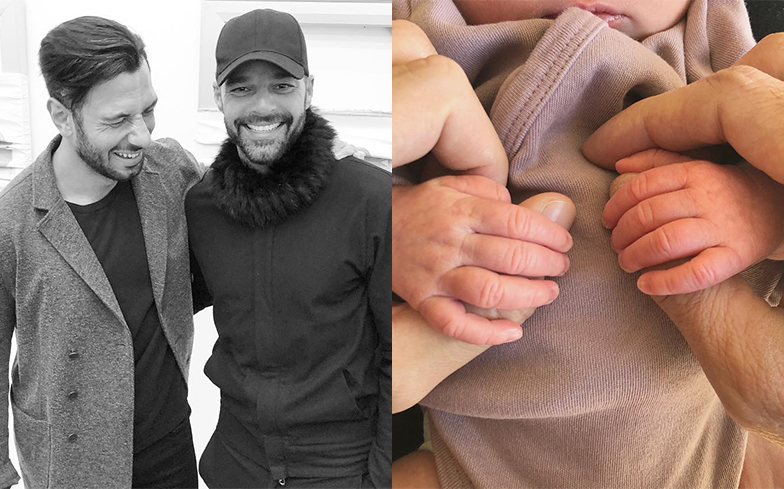 Ricky Martin and Jwan Yosef have announced the birth of their daughter.

The Latin pop icon and his artist husband welcomed the new arrival with an Instagram post on New Year’s Eve, where they shared a photo of baby Lucia Martin-Yosef with her hands in theirs.

“We are beyond happy to announce that we have become parents to a beautiful and healthy baby girl, Lucia Martin-Yosef,” he wrote.

“It has been a special time for us and we cant wait to see where this stellar baby will take us. Both her beautiful brothers and me and Jwan have fallen in love with Lucia.”

Ricky and Jwan have been together since 2016, and announced in 2018 that they had married in secret. Together, they’re raising Ricky’s twin sons Matteo and Valentino, who now have a brand new sibling.

Last year, the American Crime Story star told a US TV station that he wishes his kids were gay, because homosexuality is a “very special thing”.

“I don’t know, my kids are too young, but I wish they were gay. It is a very special thing,” he said.

“The sensitivity, the way I see now, that I don’t have to hide in any way shape or form. I see colours. And then you see the rainbow. I understand why the symbol is the rainbow. It’s just real. Everything is tangible. It makes me a stronger person.”