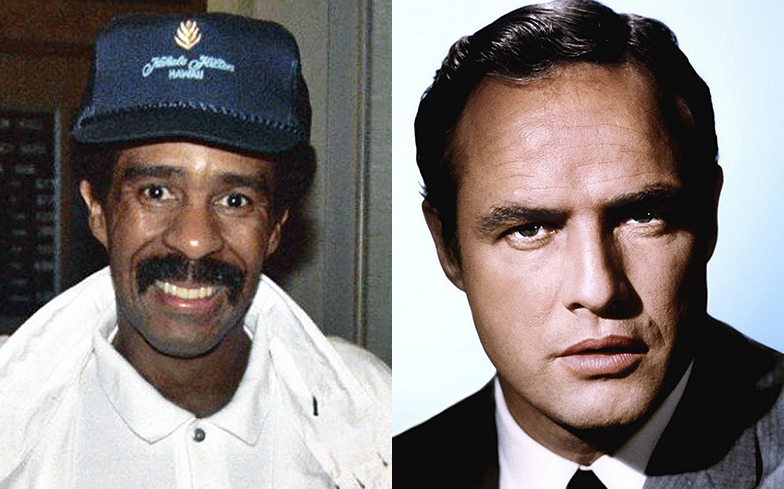 The claims first emerged during a tell-all Vulture interview with Quincy Jones, where the famed producer (who worked with the likes of Michael Jackson and Frank Sinatra) made a string of outrageous reveals.

“[Marlon] Brando used to go cha-cha dancing with us. He could dance his ass off,” he said in the interview. “He was the most charming motherfucker you ever met. He’d fuck anything. Anything! He’d fuck a mailbox.”

He then went on to list names of people he believes Brando had sex with back in the day, including James Baldwin, Richard Pryor, and Marvin Gaye, before adding: “Come on, man. He did not give a fuck!”

While many were shocked by the revelation, Pryor’s late wife Jennifer Lee Pryor, who was married to the singer twice from 1981 to 1982 and from 2001 to 2005, has since confirmed the story.

“It was the 70s!” She explained to TMZ. “Drugs were still good, especially quaaludes. If you did enough cocaine, you’d fuck a radiator and send it flowers in the morning.”

She also claimed that Pryor was ‘very open’ and had no shame about his bisexuality, and that he would be ‘cracking up’ if he heard what the producer had to say about his sexual escapades.

Pryor’s personal life wasn’t the only thing that stirred headlines in Jones’ interview with Vulture.

He also claimed that Michael Jackson “stole a lot of songs” from other artists and refused to pay contributors, and argued that The Beatles were “the worst musicians in the world”.