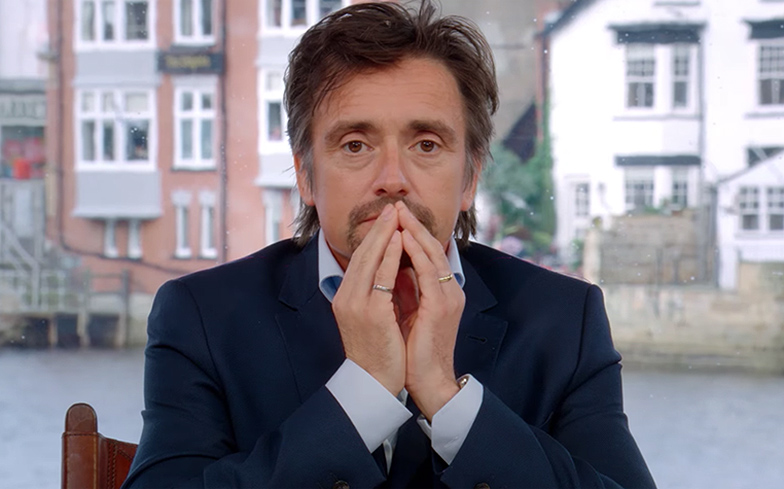 Richard Hammond has argued that it’s “old-fashioned” for people to publicly come out as gay.

The former Top Gear presenter landed himself in hot water earlier this year when, during an episode of Amazon series The Grand Tour, he suggested that straight men shouldn’t eat ice cream.

Now, in an interview with The Times, the TV personality has attempted to defend his comments, but has somehow managed to rile people up even more than before.

“Look, anyone who knows me knows I wasn’t being serious, that I’m not homophobic. Love is love, whatever the sex of the two people in love,” he said.

“It may be because I love in a hideously safe and contained middle-class world, where a person’s sexuality is not an issue. But when I hear of people in the media coming out, I think, ‘Why do they even feel the need to mention it?’

“It is so old-fashioned to make a big deal of it. That isn’t even an interesting thing to say at a dinner party any more.”

Unsurprisingly, the backlash on social media has been swift, as LGBTQ people tried to teach Hammond exactly why they still need to come out.

So @RichardHammond doesn't understand why gay people feel the need to come out publicly… How about to show the thousands struggling with their sexuality, self harming & attempting suicide they’re not alone & there’s nothing wrong with them. Stick to driving cars, Richard.

Why do we feel the need to mention it, @RichardHammond? Because someone like @MarkFosterSwim coming out provides a role model for a young LGBT person who might be struggling to come to terms with their sexuality.

Richard Hammond has decided to run his mouth & question why we feel the need to mention our sexuality.

Perhaps it’s encouraging those who are also in the LGBT community & who are struggling ‘come out’ to family & friends. In doing so, it is providing a positive role model!

Others pointed out to Richard that he spends an awful lot of time talking about his wife in the media, and questioned why he too “feels the need” to talk about his personal life.

You're right, Richard Hammond, why DO people feel the need to talk publicly about their relationships and personal life? 🙄 pic.twitter.com/Q9D3RQXZMO