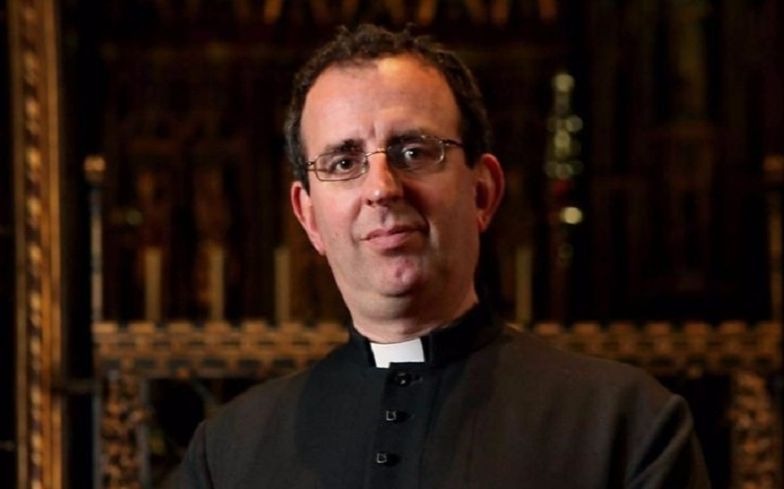 His civil partner, Rev. David Coles, passed away from a long illness earlier this week.

Earlier this week, the civil partner of Rev. Richard Coles, Rev. David Coles, passed away following a long illness. And although many people passed their condolences onto Rev. Richard, some used his partner’s death to spread homophobic bile.

Writing on Twitter, Rev. Richard revealed some of the messages he’d been receiving, writing: “99.99999% loveliness from people and then a small but lively correspondence from Christians who wish me to know that D is in hell and I will follow.

“It’s like the Khmer Rouge suddenly popping up in a stream of condolence.”

He added: “A letter, courageously unsigned, begins: ‘Dear Mr Coles, I can’t begin to tell you how happy I am to hear of the death of your partner…'”

Thankfully, Rev. Richard was above the abuse, saying: “The horrible letters: they don’t touch me.

“I am right now an expert in pain, the real kind, and these are paper darts among the incoming, and just leave me mildly curious about the state of mind of the writer.”

The pot of green ink in the tweet is a reference to the ‘green ink brigade’ a term used in journalism to describe people writing to newspapers expressing eccentric views.

Rev. Richard later revealed that the letters had been handed over to the Northamptonshire Police, and a hate crime probe has now been opened.

A spokesperson for the force told the BBC: “We would like to reiterate to the public that there’s no place in society for prejudice or for hatred.

“We take a zero-tolerance approach towards hate crime and would encourage anyone who has been a victim of hate crime to come forward and report it to us.”

Since Rev. David’s death, Rev. Richard has had some lighter moments, as he tweeted: “Bumped into a friend. We talked about D and how much we loved him and how good he was at sorting out those parts of my life in which I am deficient.

“Then she said, ‘you know, he’d never have let you out in that shirt and jumper’. First proper laugh since widowhood arrived.”