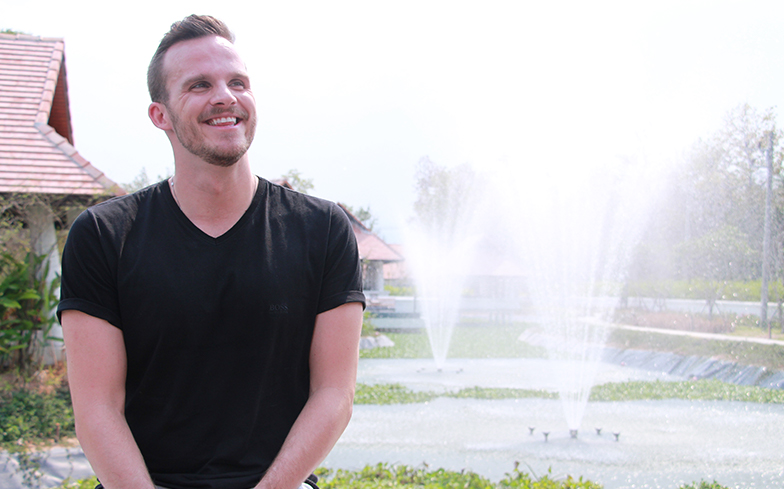 As the world pushes ever closer towards true LGBTQ equality, with countries all over the world updating legislation and policies to align more accurately with our basic human rights, there’s never been a more pressing time to take a step back and evaluate the queer relationship with mental health.

The sad reality that hides behind the vibrant facade of our Pride flags is that LGBTQ youth are four times as likely to commit suicide than their heterosexual peers, and the rates of addiction and trauma in the community continue to rise exponentially. Much of this, in part, can be attributed to minority stress: the disproportionate levels of anxiety faced by stigmatised groups from a variety of factors including interpersonal discrimination, legislative prejudice, and lower socioeconomic status.

From the moment an LGBTQ person realises that they’re different or often even before, they live each day under the burden of oppressive, societal shame. While in many parts of the world this shame has become far less overt, the knowledge of ‘not fitting the mould’ alters a queer person’s trajectory and has been attributed with the extremely high levels of mental health problems faced by the LGBTQ community.

LGBTQ people are between three and four times more likely to develop addiction than straight people, and are far more prone to turning towards drugs as a means of self-medication. With such shocking figures, the need for specific, targeted treatment centres has never been higher. However, there’s been a distinct gap in the rehabilitation sector for queer focussed treatment.

Enter Resort 12, the first LGBTQ-centred addiction treatment facility outside of the US. “The heterosexual population think there’s no difference,” says one of Resort 12’s principal counsellors, Sandi James. “They think that addiction is addiction is addiction, but what they don’t see is the underlying factors and because our community feels like they can’t be honest or true it’s slipped through the cracks.” Until now.

“For a period of time, drugs probably saved me – they made me feel like I was worth something.” In the four days I spent at Resort 12, I participated in a selection of the various group sessions on offer to the residents and met Ollie, who is seeking treatment for his crystal meth addiction. “I never felt like I fit in anywhere, until I found drugs and a group of people who were all doing the same thing and I finally felt part of something,” he explained to us. Like many in the community, Ollie struggled not only with his sexuality, but also suffered severe body issues.

“I was really overweight when I was young. I lost a lot of weight through bulimia and my appearance completely changed but I never liked the way I was. Suddenly people wanted me and I was like ‘Why? You never wanted me before.’ So my appearance always defined who I was. Then with drugs I was able to break down that barrier, so I was able to enjoy myself without feeling unworthy. I was able to actually have a sexuality that I wasn’t afraid of and I wasn’t ashamed of myself. For a period of time, drugs probably saved me – they made me feel like I was worth something.” This feeling of companionship that Ollie craved is something that many of us face as gay men. I couldn’t count the number of times I’ve been told “so-and-so is coming to the party – he’s gay, you should fuck.” Platonic relationships between gay men become essential support networks many have yet to tap into. “One of the main things I’m learning here is how to build friendships with other gay men,” Ollie explains. “Before, as soon as I liked another gay guy and he liked me I would always think ‘oh there must be something more’. I think gay men find it really difficult to talk about problems with each other – we’re always presenting a facade, or trying to seem like we’re fine.”

Related: Only a third of men would talk openly about their mental health

The treatment and therapies provided within Resort 12 aren’t entirely different to those offered elsewhere within its larger parent facility, The Cabin, which deals with general addiction. The edge at Resort 12 is the overwhelming sense of community. Not only are residents surrounded by fellow LGBTQ people in treatment, but all of the councillors and support staff also identify as part of the queer initialism. The result is a safe environment free from judgement of any kind and, more importantly, means that treatment is achieved at a far more rapid rate.

In other, more mainstreamed clinics, often the first hurdle that queer people face is developing a foundation of understanding between themselves and their support network. “Because the councillors are LGBTQ and because they’ve also been through addiction, you can properly empathise with them. At previous treatment centres I had to explain things in therapy that they hadn’t heard of before – they’d never been to a chemsex party, they’ve never injected drugs, but here you skip probably two months of just explaining and get right into therapy.” Unfortunately, recovery is far from new territory for Ollie, having spent six months in treatment at centres in Cologne and London before finally coming to Resort 12. But is Resort 12 any different? “I came here with a lot of doubts, because I thought that nothing would work and was skeptical about why this place would be different,” Ollie reflects. “But even in the last two weeks my perspective on life has completely changed from wanting to be dead, to ‘oh actually there’s hope’. Which is insane.” The power of community empowerment cannot be overstated, and Resort 12 is a shining example of the determination and grit of queer people.

For more information on Resort 12, head over to their website where they describe the various treatments on offer.