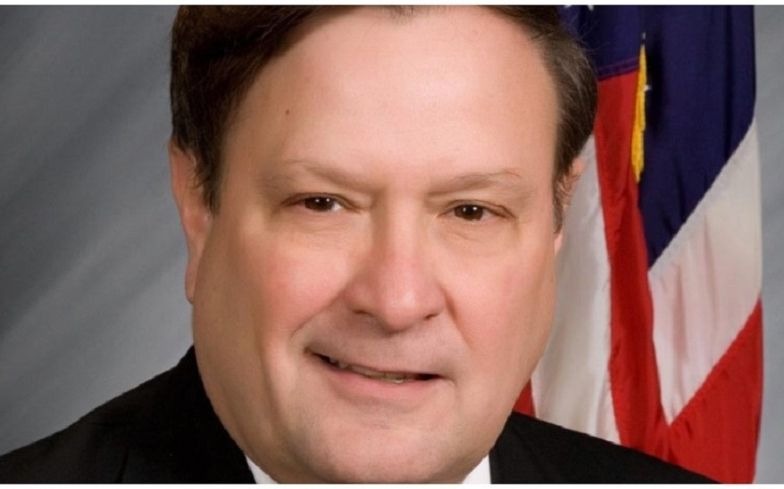 The Republican was responding to a homophobic meme.

Indiana Senator Mike Young is under heavy criticism after he responded to a homophobic meme by implying that former Democratic Party nominee contender Pete Buttigieg was “used” to being sexually assaulted.

The meme, posted by We Are Libertarian podcast founder Chris Spangle, saw former vice-president Joe Biden reach over and squeeze Pete’s shoulder. Captioning the meme were thoughts around Pete saying: “Oh shit” or “Oh no.”

The meme implied that Biden was taking advantage of Pete, and Mike Young posted underneath it, saying that Buttigieg was “used to it.”

Young quickly deleted his comment, but a screenshot had been taken before he managed to cover his tracks. Many LGBTQ politicians and activists have called on Young to apologise.

Drew Anderson, an LGBTQ activist in Indiana, wrote: “It’s 2020 and the @indgop are still issuing homophobic slander against Hoosiers.

“Mike Young and the @INSenateGOP should apologize for this now.”

And Ali Brown, an Indiana City County Councillor wrote: “Hoosiers are fed up with homophobia in their state, especially in Marion County. What’s worse, it sends a horrible message to LGBTQ youth.

“This is unbecoming of a state elected office holder. The @INSenateGOP & Mike Young should apologize immediately.”

Ethan Evans, a fellow County Councillor added: “Homophobia has no place in Indiana or Marion County, and Mike Young and @INSenateGOP should apologize for this now.

“We lawmakers need to be seen as examples uplifting our LGBTQ youth, and this sends a terrible message to them.”

Mike Young has a history of anti-LGBTQ actions while in office. In 2016, he attempted to strengthen Indiana’s Religious Freedom Restorations Act, which had only recently been weakened to be less threatening for LGBTQ people.

He has also killed off hate crime bills that would’ve better protected LGBTQ people and in 2007 supported calls to change Indiana’s constitution to explicitly ban same-sex marriage and civil unions.

Young isn’t the only person to attract controversy because of homophobic memes targeting Pete Buttigieg. Golfing sponsors began dropping Scott Piercy after he posted a homophobic meme about Pete on his Instagram story.

In a statement, J Lindeberg, one of the sponsors, said: “When we choose our ambassadors, we choose individuals we know will represent us well on and off the golf course.

“The claims from Scott Piercy were unacceptable and far from our views and beliefs.

“We, J Lindeberg, as a company do not stand by the statements made by Piercy and we want to make sure our customers, employees, and other ambassadors know we support all communities and have no room for hate or discrimination in our company.”

Pete made the announcement at an event in South Bend, Indiana, where he said “Today is a moment of truth… the truth is the path has narrowed to a close, for our candidacy, if not for our cause.

“We must recognize that at this point in the race the best way to keep faith with those goals and ideals is to step aside and help bring our party and our country together. Tonight, I am making the difficult decision to suspend my campaign for the presidency. We have a responsibility to concede the effect of remaining in this race any further.”

He then called for his fellow Democratic candidates to unite in their fight and beat Donald Trump in the election, saying: “Our goal has always been to help unify Americans to defeat Donald Trump and to win the era for our values.”