Republican Eric Porterfield compares the LGBTQ community to the KKK 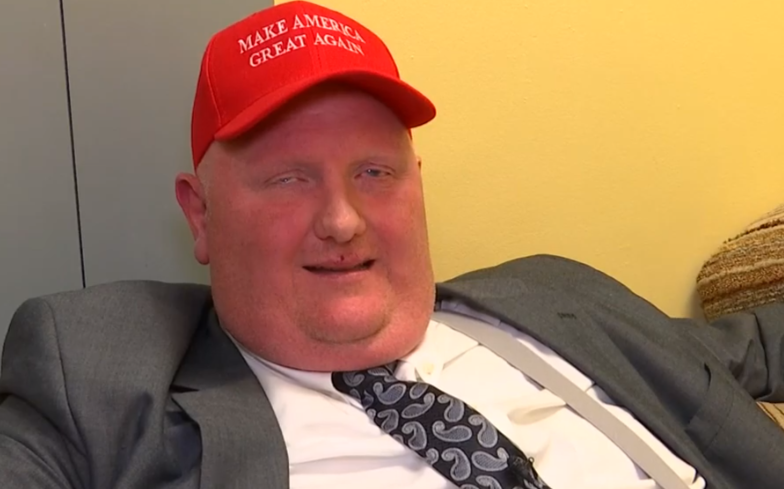 We don’t even know where to begin with this…

Republican politician Eric Porterfield has created an uproar after comparing the LGBTQ community to the KKK, and calling them “political terrorists.”

Porterfield made the comments in an interview with the Charleston Gazette-Mail following a debate on February 6.

During the debate, which was about an amendment that would allow anti-LGBTQ discrimination, he said: “It is true that to not pass this amendment would be discriminating against people who have either religious convictions or who don’t want to run their business the way a socialist-left agenda wants us to run it.”

He added: “They [the LGBTQ community] do not protect gays. There are many gays they persecute if they do not line up with their social ideology.”

In the article, he said: “The LGBTQ is a modern day version of the Ku Klux Klan, without wearing hoods with their antics of hate.” In a follow-up interview, he doubled down on his remarks, calling the community “political terrorists, who try to dominate how everybody lives.”

He claimed that the LGBTQ community have the same freedoms to do what they want in America, despite pushing for an amendment that would have allowed anti-LGBTQ discrimination.

He added: “The LGBTQ want to restrict freedom, implement socialistic ideas and to penalise and punish and fine people that don’t agree with them, and don’t have the same view of America that they do.

Calls have immediately come in for Porterfield to resign. Belinda Biafore, the West Virginia Democratic Party chairwoman, said: “West Virginia has no room for someone who expresses such hate, let alone room for him to hold a public office where he is supposed to represent the people of West Virginia.

“His hate-filled remarks and actions speak volumes, and so does the Republican Party’s silence.”